We are getting close to the end in Sweden. Tonight, saw the last of the regular heat. For Eurovision fans, in particular two acts tonight took attention: Last year’s The Mamas and Mr. popular from 2011; Eric Saade.

The 2021 edition of Melodifestivalen have been packed with acts with prior Eurovision experience. In the first heat, 1993 participant Arvingarna qualified directly to the final whereas 2003 participant Jessica Andersson found herself in the dreaded 5th place and as such out of the competition just as she was beginning to feel she had a chance for a 2021 Eurovision comeback. In the third heat, we saw 1999 Eurovision winner Charlotte Perrelli take the easy road straight to the final.

Tonight, seven acts competed for the two direct spots to the final, and once again we saw well known Eurovision personalities take the stage hoping for a comeback. Could The Mamas do it again? Or what about 2011’s Eric Saade? Or would they be beaten by any of the other five acts? For a closer look at the participants in this fourth heat, please visit our Get-To-Know article.

The result of Melodifestivalen 2021 – third heat

A simple task for the Swedish population tonight: First select five acts to the second round. Then vote again, and now send two straight to the final and another two to Second Chance round.

Just like in most other countries, the Swedish shows are held without an audience. The shows won’t be held in various parts of the country either as this time, all shows take place from the smaller arena Annexet in Stockholm.

At 20:00 CET the show kicked off. The show producer and former Eurovision participant Christer Björkman (Sweden 1992) hosted the show this time with help from Per Andersson and Pernilla Wahlgren. The latter opened the show with an entertaining song about her co-host Per! Pernilla has previous Melodifestivalen experience as a singer herself with a total of five participations. Her 4th placed entry from 1985 is today a classic Melodifestivalen entry that can get people on the dance floor anytime; Piccadilly Circus. The collaboration between Pernilla and Per worked in the way that he constantly got the names a bit wrong, and then she would correct him.

Before each act went on stage, we were treated with small interviews with the participants. The staging of these were done in a mix of Twin Peaks and a circus: Deep dark red textile background and plenty of warm lights.

The hosts Pernilla and Per, and a young talented boy also entertained us with a little song that was supposed to encourage all those unable to see friends and family at the moment. The song was made based on former Melodifestivalen entries. During the performance of this song, all sorts of ‘accidents’ happened on stage. 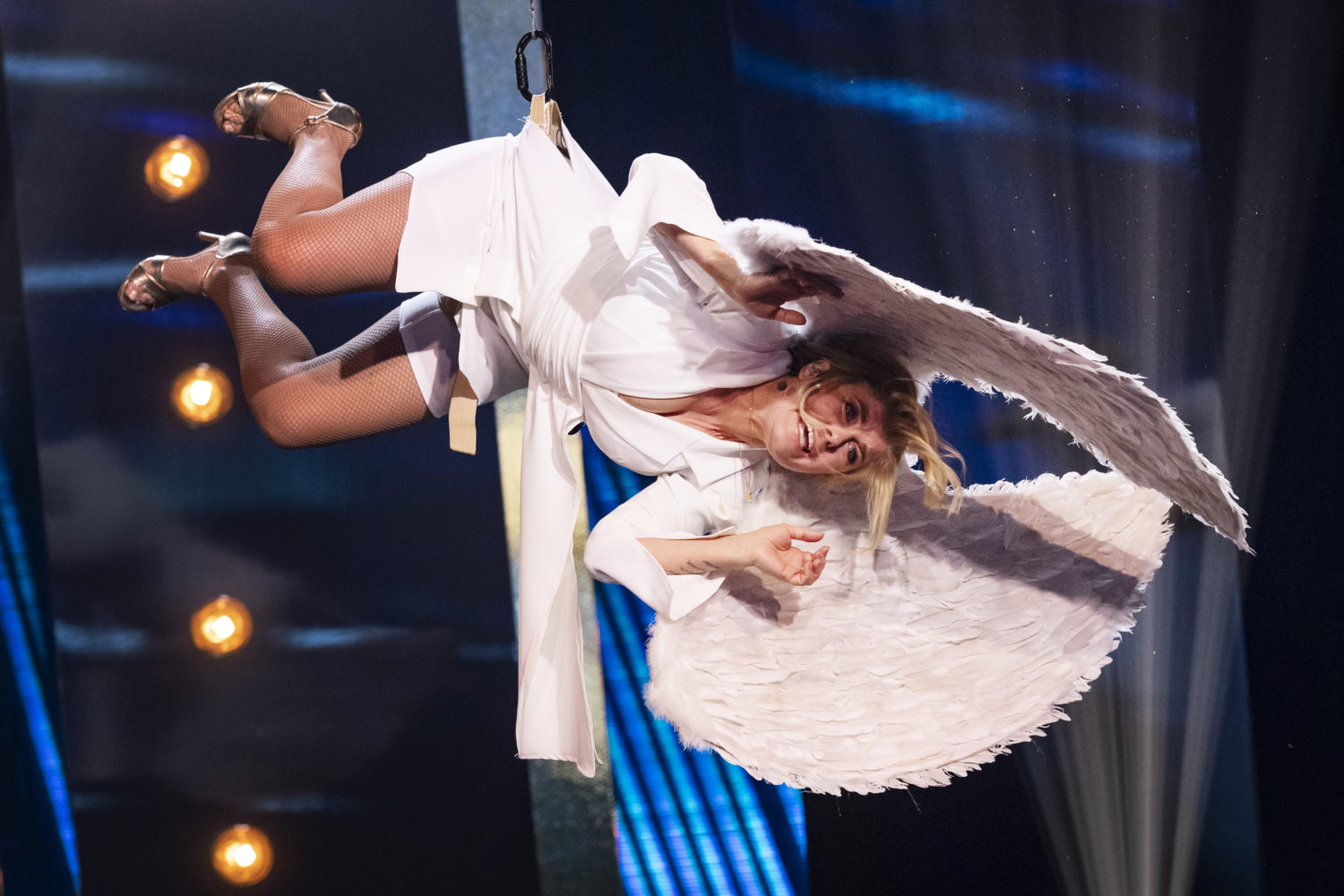 With two wins within the past eight years, Sweden is catching up on Ireland’s record with seven Eurovision victories. Sweden is now only one down.

Since the introduction of semi-finals in 2004, Sweden only failed to reach the final once. By a coincidence that was in 2010 where Anna Bergendahl’s This Is My Life finished 11th in the final, and where Denmark came 4th in the final with a song rejected for the Swedish selection!

Since 2014, things however have been extremely impressive with only finishing outside top 5 once in this period. First Sanna Nielsen came third in 2014, then Måns Zelmerlöw won in ’15 and finally Frans, Robin Bengtsson and John Lundvik finished 5th. Sweden’s only none top 5 result was a 7th place achieved by Benjamin Ingrosso.