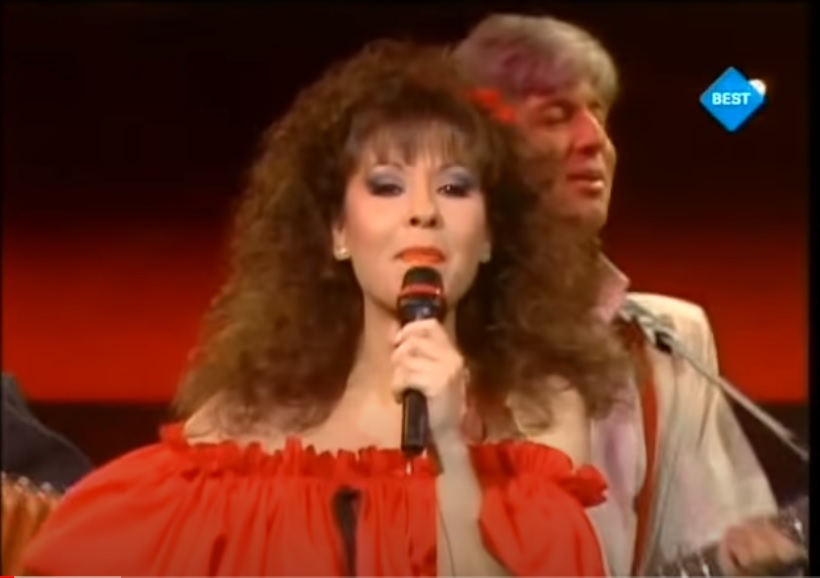 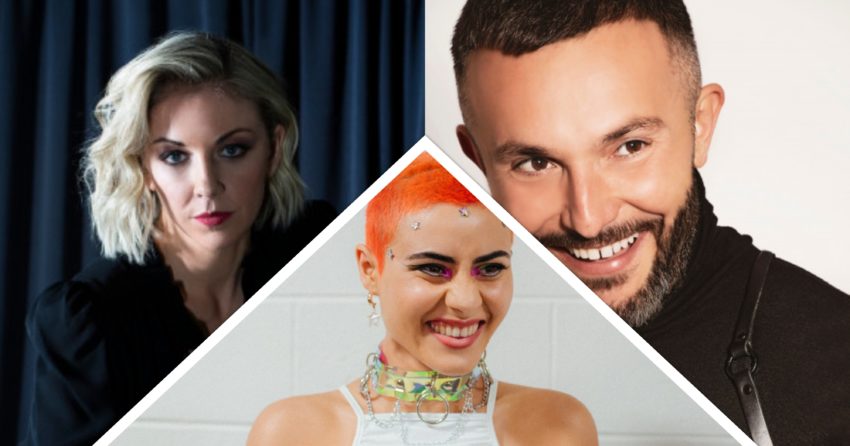 After a lunch break, we continued with Australia’s Live-on-tape recording and rehearsals from North Macedonia and Ireland. These rehearsals show us what we can expect from each country when first semi-final kicks off on the 18th of May. Read more 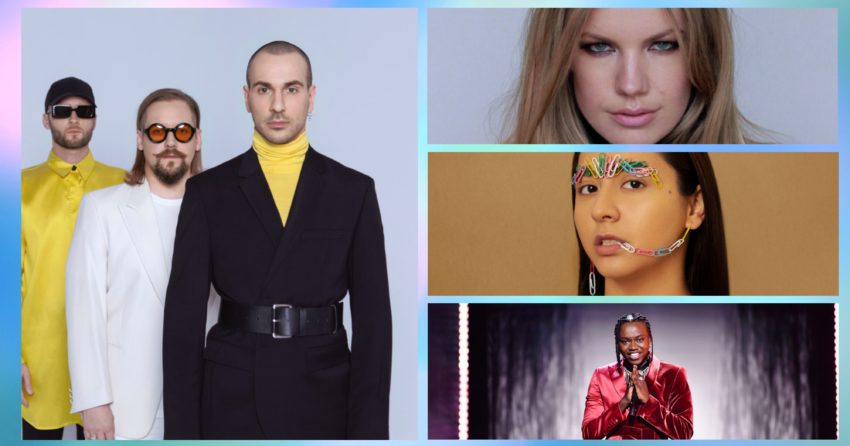 The 2021 Eurovision Song Contest has started. It’s time for the first countries from semi-final 1 to try out their performance on the stage in Rotterdam, the Netherlands. Here you can check up on the rehearsals from Lithuania, Slovenia, Russia and Sweden. Read more 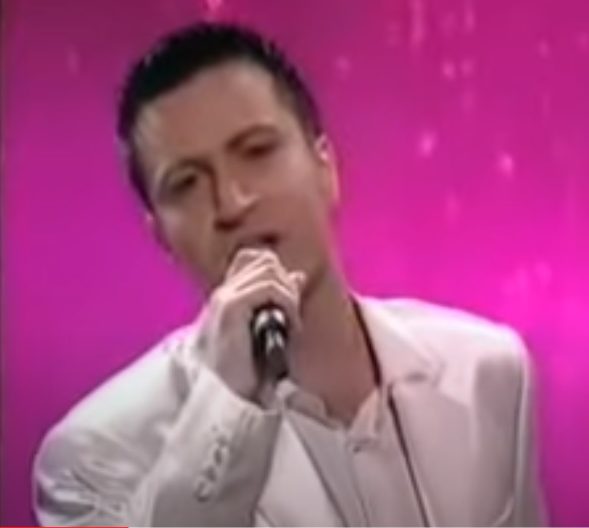 Early 2000s saw a change of bad fortune for Turkey at the Eurovision Song Contest. After a top 10 place in 2000, in 2001, Sedat Yüce achieved the 11th place with his romantic ballad ‘Sevgiliye Son’, which was one of the good results to date. Read more 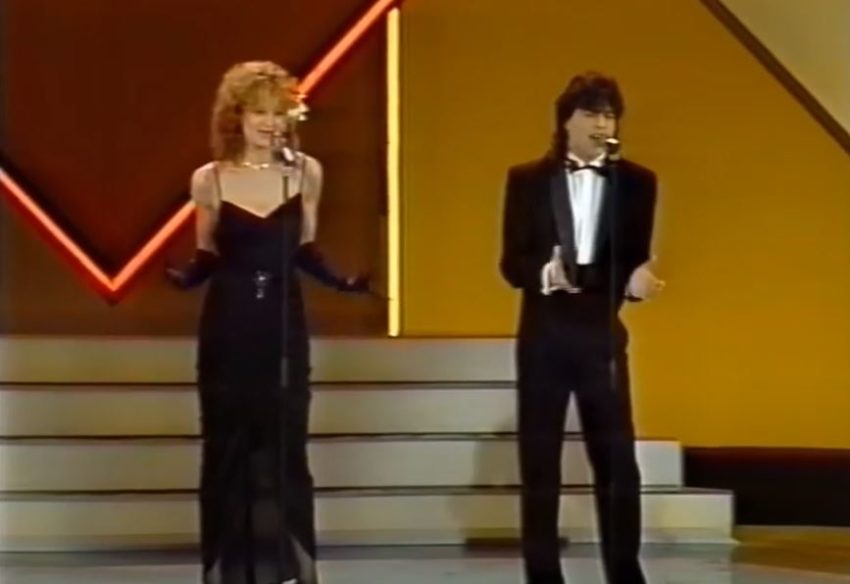 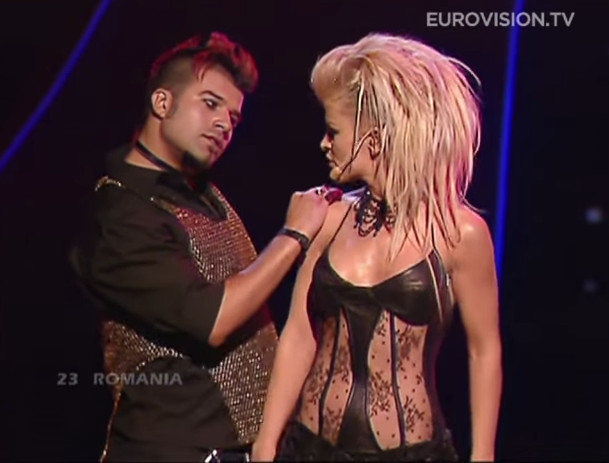 Despite no victories, Romania can be considered a strong country in the Eurovision Song Contest due to the successful results they’ve archived especially after the 2000s.Their 2004 entry ‘I Admit’ by Sanda Ladosi was not one of the Romanian entries with a satisfactory result for the country however. Read more 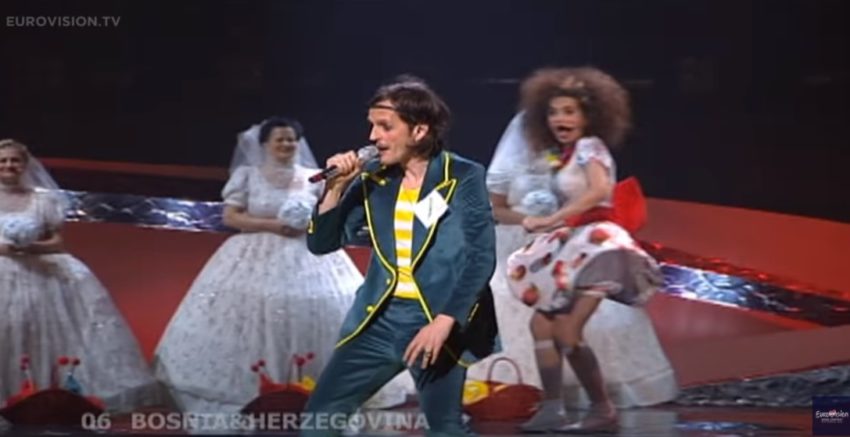 It’s not everyone’s taste. Bosnia and Herzegovina’s 2008 entry divide the waters among Eurovision fans. Elvir Laković Laka’s ‘Pokušaj’ finished 10th at the Eurovision Song Contest. Was it art or a mess? Read more 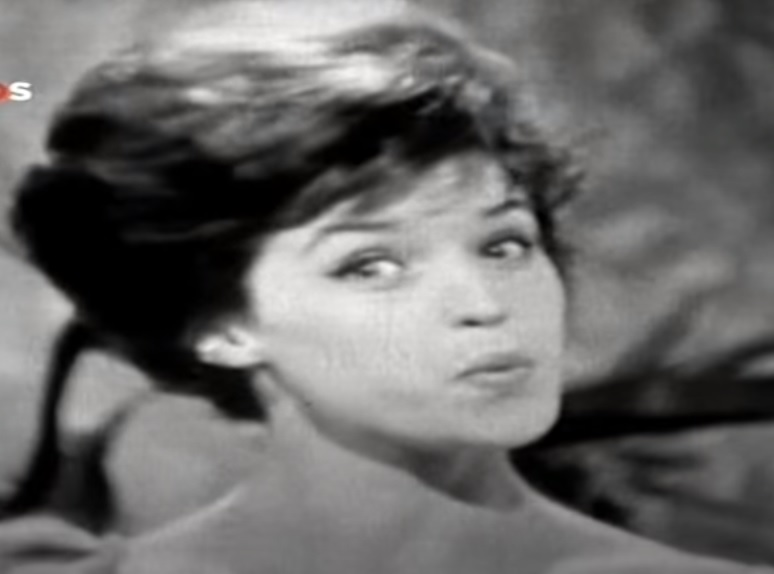 It’s already April, and we will focus on an entry just reflecting the mood we need today. Sweden, one of the most successful countries in our beloved contest has been a loyal family member since the 3rd edition of the Eurovision Song Contest in 1958. One of their earliest entries is ‘April, April’ by the… Read more 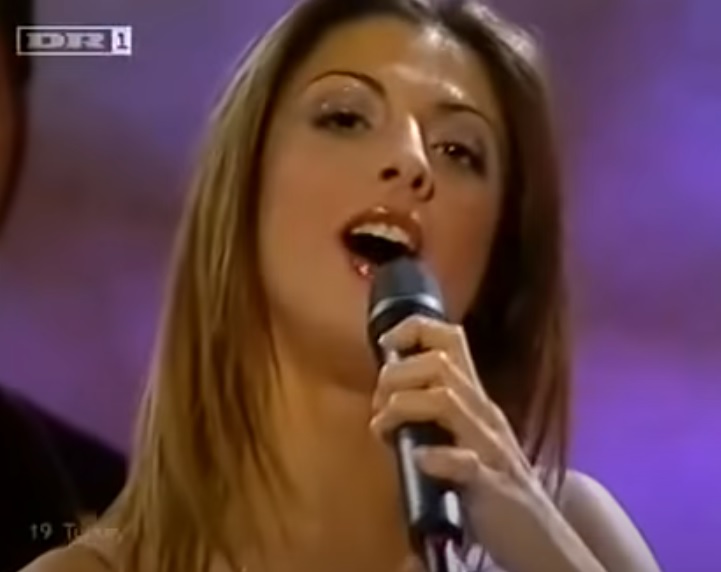 In 2002, just one year before their only victory with Sertab Erener, Turkey sent Buket Bengisu accompanied by Group Safir to the Eurovision Song Contest in Tallinn, Estonia. In this article, we’re going to focus on their uptempo romantic song ‘Leylaklar Soldu Kalbinde’. Read more 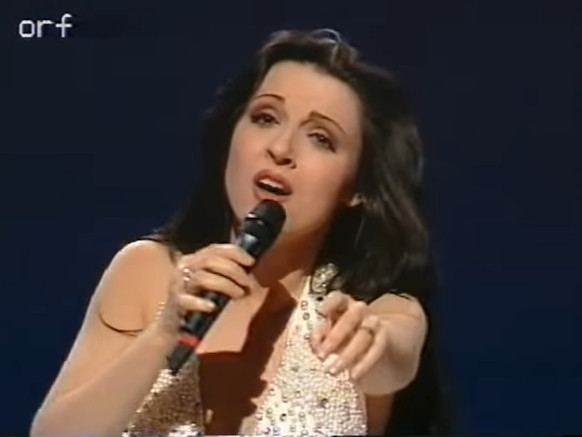 Cyprus has been a loyal member of the Eurovision family since 1981 with many fantastic entries. While their best placing being the second place in 2018 with Eleni Foureira’s ‘Fuego’, they have sent many great entries, which deserved better like ‘Ime Anthropos Ke Ego’ by Evridiki in 1994. Read more 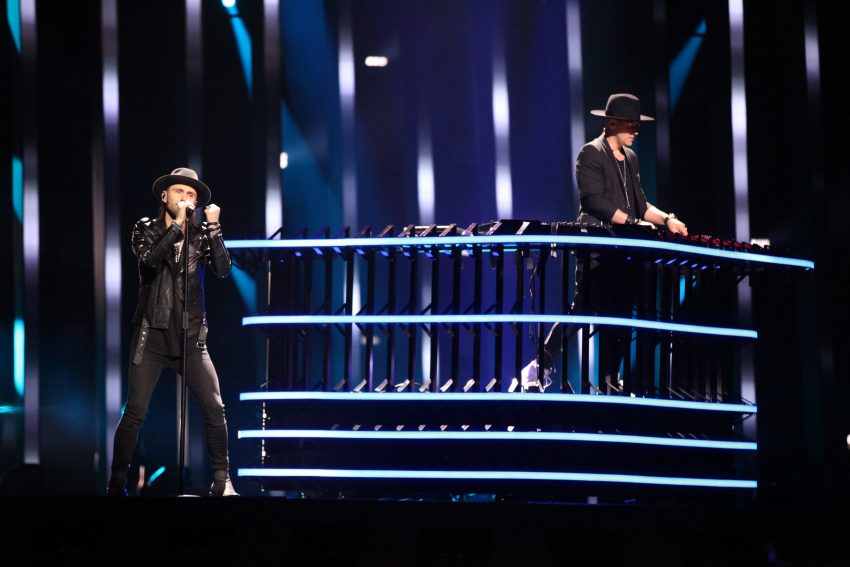 Poland made a very good start in 1994, becoming the runner-up with the legendary Edyta Górniak. However, things didn’t go that well from time to time just like in 2018. Polish DJ Gromee and Swedish rock musician Lukas Meijer didn’t get what they’ve expected in Lisbon in 2018. Read more 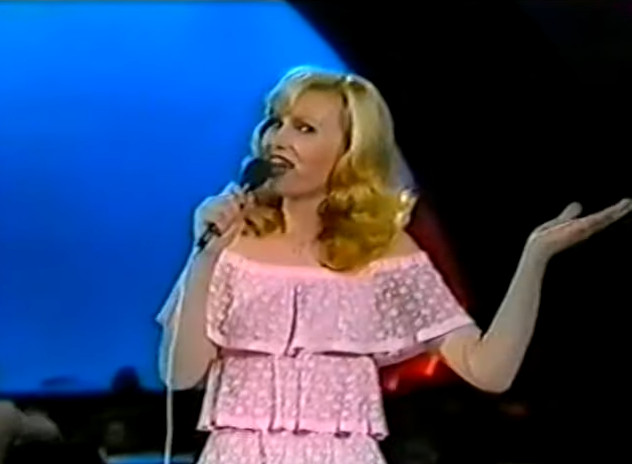 The pearl of Eurovision that we miss, Monaco, has treated us fans with many unforgettable classics during their 24 participations. Should we count their 1977 entry, Michèle Torr’s ‘Une Petite Française’ among those classics? Eurovision’s fans do not really agree. Read more

Three weeks of Festival da Canção marathon came to an end last Saturday. Portuguese electronic music group Karetus feat. Romeu Bairos and their ‘Saudade’ were among the favourites to win, yet it only finished 6th. Would this have been a better choice though? Read more 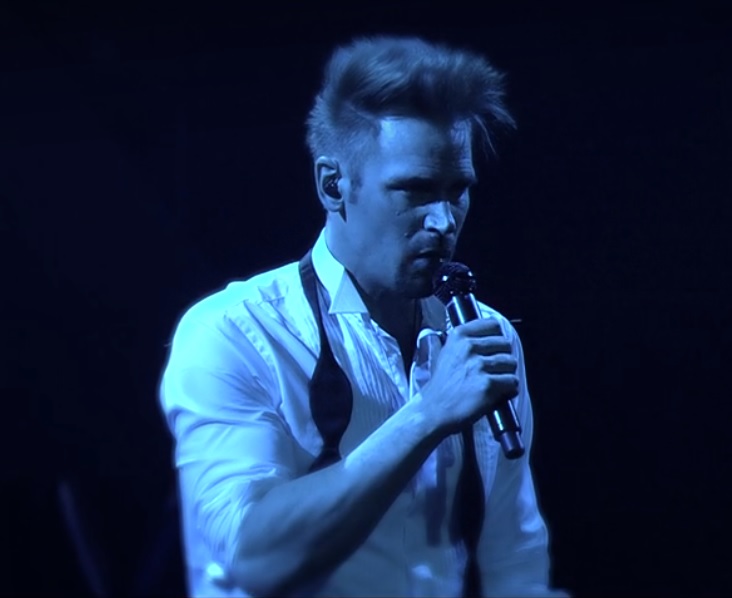 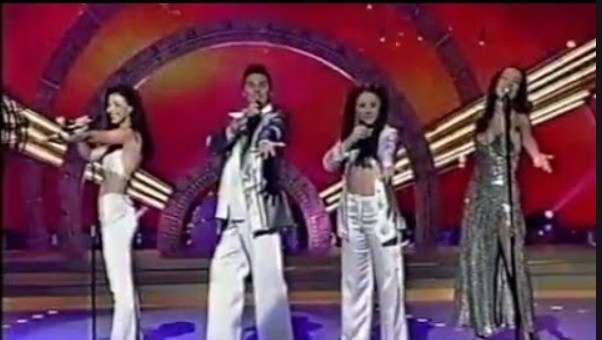 A chaotic national final let to Germany almost missing out on the 1999 Eurovision Song Contest. But in the end, Sürpriz made it to the contest in Jerusalem with a song simply titled ‘Reise Nach Jerusalem’. The song finished third, but to many Eurovision fans, that was not deserved. Read more 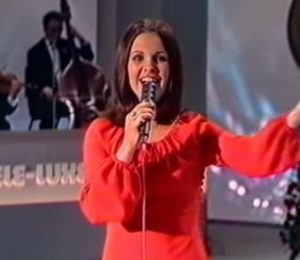 With five victories and many timeless classics, Luxembourg have a rich Eurovision history. Their 1973 entry ‘Tu Te Reconnaîtras’ is one of those entries that is still loved by many Eurovision fans from all over the world, almost half a century later. Read more

Tonight, Ana Soklič debuted the song that will represent Slovenia at the Eurovision Song Contest 2021. The presentation of the song took part in a special edition of EMA, which served as a tribute to the country’s Eurovision history. Read more 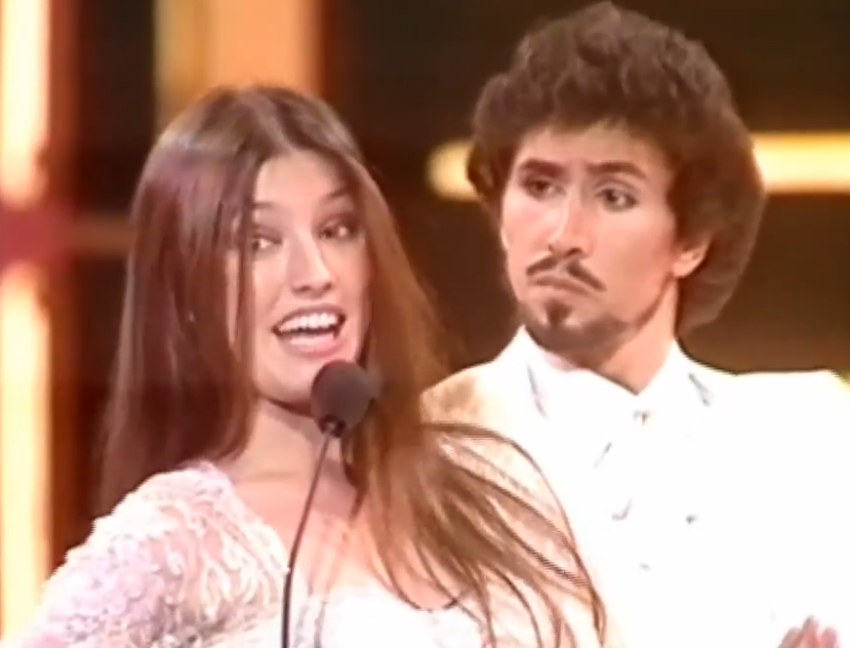 Recently, Spain has suffered at Eurovision, but there used to be a time when we could rely on them to do quite well. One of their many Top 10 results came in 1982 with Lucia’s mid tempo romantic tango with Spanish ethnic sounds ‘Él’. Read more 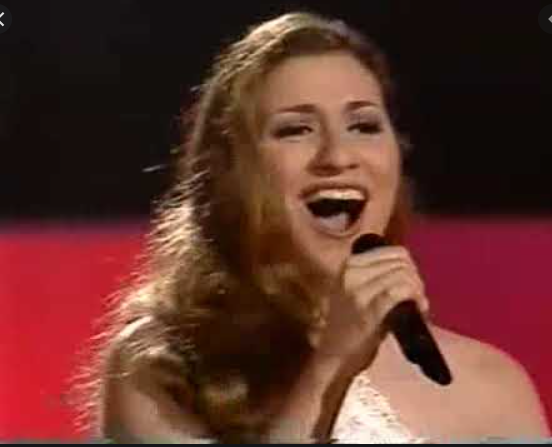 Late 90s and early 2000s became a scene of awakening for Turkey in the Eurovision Song Contest. After their 9th place in 1986 and 3rd place in 1997, their third top 10 came in 2000 with Pınar Ayhan & SOS’s mid tempo, danceable yet emotional song ‘Yorgunum Anla’. Read more 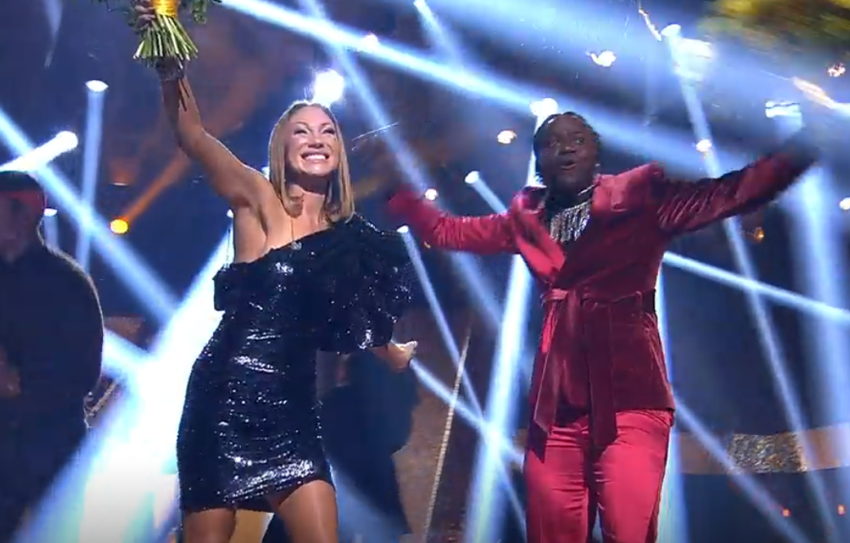 Tension was high already from the beginning with 1999 Eurovision winner Charlotte Perrelli opening the show. An interesting line-up and good variation in songs; that what was Sweden had for us this third heat. Read more 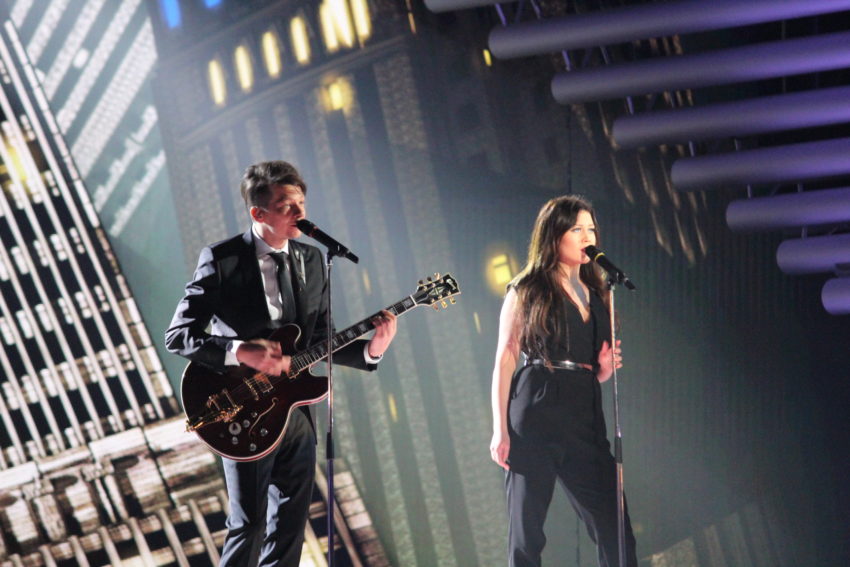 Estonia’s 2015 entry ‘Goodbye to Yesterday’ performed by Elina Born and Stig Rästa in 2015 has already become somewhat of a timeless classics that’s adored by a majority of Eurovision fans. Six years later, it still has a large fan base. Read more

Turkey started participating in the Eurovision Song Contest in 1975 with very high hopes. Until the early 2000s, the country faced disappointments as per the results. After their victory in 2003, a door of success opened for the country. One of the most appreciated and successful entries was their 2008 rock entry ‘Deli’ by Mor… Read more 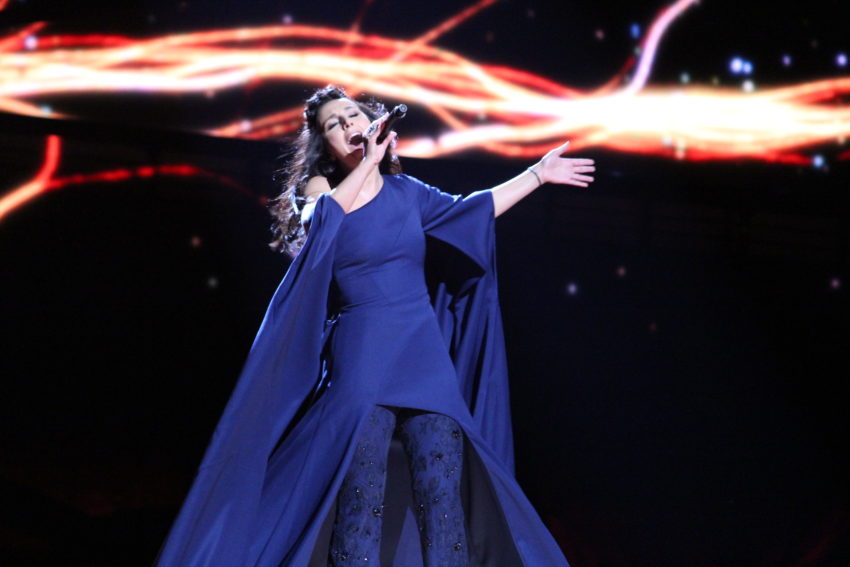 Ukraine has been successful at the Eurovision Song Contest. They won the contest in their second participation, and repeated it again later. Too political or not, Jamala won in 2016 with the song ‘1944’. To this date, fans are still very mixed when it comes to this entry. Read more 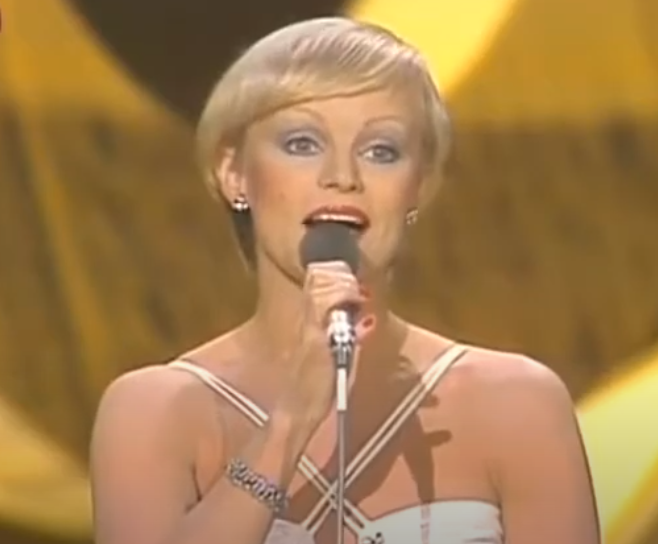 Finland had its ups and downs throughout their 53 participations in the Eurovision Song Contest. They saw several zero points as well as a few top 10s and a victory in 2006. Today we will focus on their 1979 entry “Katson Sineen Taivaan” by Katri Helena and try to find out why it did so… Read more 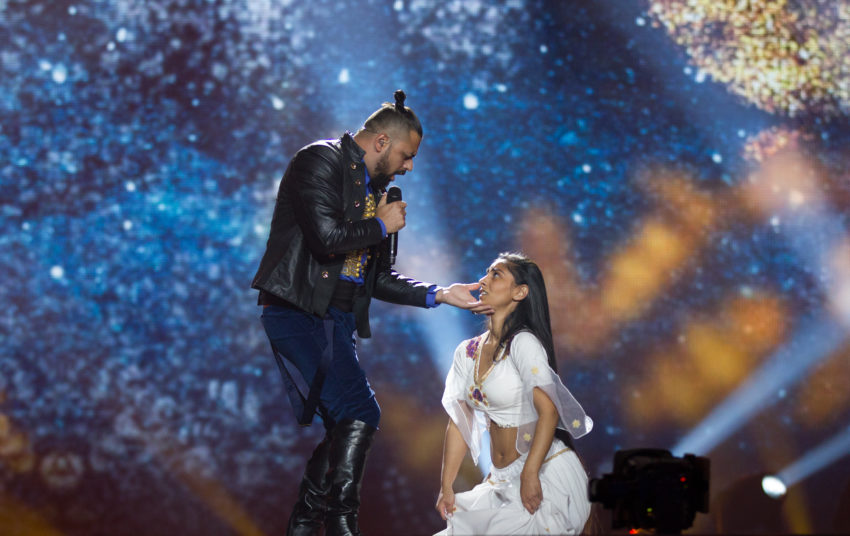 Hungary has participated in Eurovision Song Contest 17 times since their powerful debut in 1994. They have never tasted victory, but we saw many good entries from this country. One of their most successful once in recent years was the ethnic gypsy song with a touch of rap; Origo by Joci Pápai. Read more 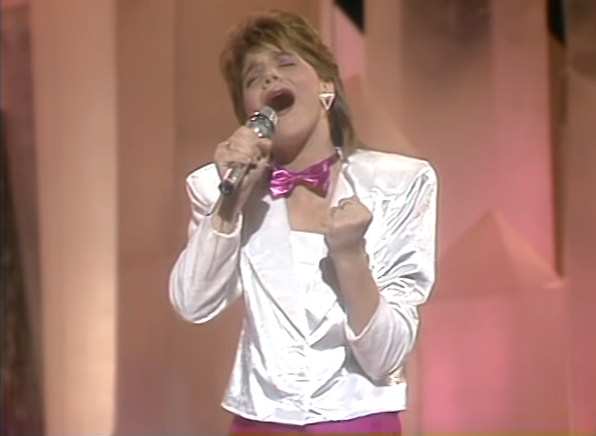 Throughout their 63 participations, Belgium have had several succesful entries. However, their only victory was brought by a 13-year-old little girl named Sandra Kim in 1986 with the literally lively song ‘J’ame La Vie’. This song is a Eurovision classic. Read more

Sunday 9th of May: