With Italy being the front-runner of the 2017 Eurovision Song Contest since Francesco Gabbani’s song took the top prize of the San Remo music festival, it may be smart to start looking at possible venues for next year’s contest!

This could be a bit premature to look at 2018 when this year hasn’t even yet happened, but with Occidentali’s Karma being the top of bookies since it’s release, at the moment it is Italy’s to lose for the Eurovision top stop.

Let’s check out some of the most popular Italian destinations and possible arenas that could host next year’s contest.

Updated: We couldn’t help but mention two absolutely gorgeous cities in Italy that would be strong contenders as the host of the 2018 contest, so we added them below!

First up, the capital of Italy, Rome, being the biggest city and most popular touristic destination seem like the most plausible pick to host next year’s contest. Rome hosted Eurovision in 1991 after Toto Cotugno brought Italy’s second victory. The venue back then was the Studio 15 di Cinecittà which is more of a theatre than a typical arena used for the Eurovision shows of the last few years. It probably wouldn’t be able to host as many people anymore anyway. 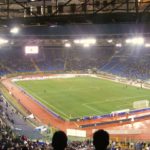 If Italy wants to make things on the grand scale, they could host Eurovision in this massive stadium used for events such as the Olympics and the FIFA. Eurovision has been held in massive stadiums in the past like in Denmark back in 2001 as well as Düsseldorf in 2011, although since Germany 2011, the scale of the venues have decreased to averages around 10,000 in capacity. 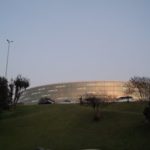 Another option for Rome could be the PalaLottomatica which was used as the basketball arena for 1960 Olympics and have hosted many musical acts in the past. The venue’s capacity is around 11,000 which would fall exactly in the typical size venue we’ve seen in the past few years. The arena is accessible via transit and is also not far from Rome’s airport which is the busiest of the country. 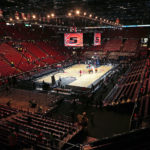 The second city I see hosting would be Milan, it has two of the busiest airports in the country as well as Bergamo’s airport which is also nearby. The Mediolanum is a basketball arena used for a lot of musical events. It has hosted some major international artist as they toured Europe and so we can assume they have the right capacity to also host the Eurovision Song Contest. It is located south of the city but still accessible via the transit system. 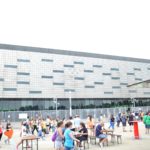 This arena was built in 2006 for the winter Olympics. It has the right capacity to host the contest and is located pretty centrally in the city so shouldn’t be too difficult to get to for fans. The closest airport is far from the biggest, but Turin is also only a couple of hours away from Milan, so is still accessible. 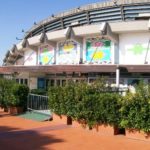 The Nelson Mandela forum which was built back in 1985 but change its name to the formal South African president would also be a contender as a host arena. With a capacity of 7,500, this venue located in the gorgeous city of Florence. The arena is currently used to host basketball and volleyball, as well as a music venue. 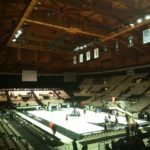 Finally, the beautiful city of Bologna, which is also called City of Music by UNESCO (United Nations Educational, Scientific and Cultural Organization). The Unipol Arena, which has a capacity of around 18,000 for a music venue would be an ideal candidate to host the 2018 Eurovision Song Contest.

So far, Italy have hosted the contest twice. The first time in 1965 at the Sala di Concerto della RAI in Naples and the second time in 1991 at the Studio 15 di Cinecittà in Rome. Do you think if Italy wins Eurovision this year that it will once again be held in Rome, or will a new city be picked to host the competition.

What do you think? Would one of these arenas be the perfect choice for Eurovision 2018, or will a completely different country win altogether? Let us know in the comments below!