After five nights of competition, we have finally found the winner of the Sanremo Festival. Francesco Gabbani is the winner of the historical music festival and, as RAI has confirmed, the Italian representative in the upcoming Eurovision Song Contest.

As always, Italy’s Festival di Sanremo has been an exciting music competition, which was deservedly won by artist Francesco Gabbani. The Italian broadcaster RAI comfirmed some minutes after his victory that Francesco Gabbani will be their artist to Kyiv with the same song Francesco won in Sanremo Occidentalis Karma. This being Sanremo, the fun song is sung in Italian but contains a few lines in English as well as the occasional phrase in Latin, Hindi and, it would seem, even ancient Greek.

The 16 acts competed in the following running order: 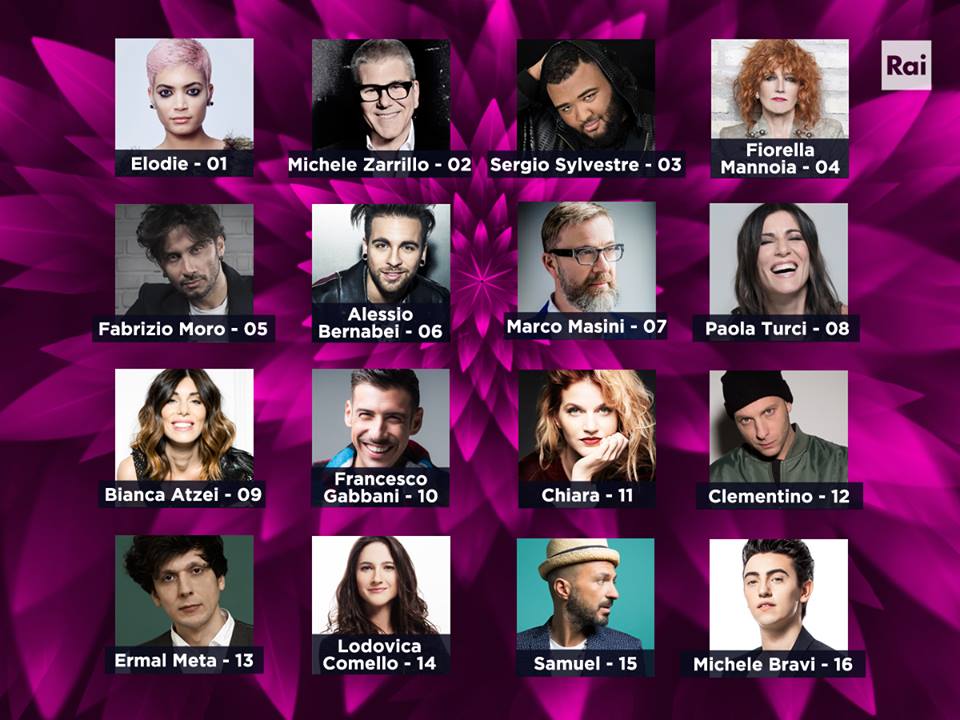 You can watch all the live performances of the final of Sanremo, in the official page of the festival.

Check out the winning entry of Sanremo 2017:

Tonight was the big night. The five day long 67th “Festival Della Canzone Italiana” came to an end and we have at last, the winner of the historical festival. They will now have  to decide if they will represent Italy in the Eurovision Song Contest 2017 in Kyiv in May. Maybe! Forse!.
Carlo Conti and Maria De Filippi were hosting. Zucchero and Alvaro Soler performed as guests. Paolo Vallesi and Amara presented their song Pace that didn’t make the cut of the 22 Big. Maurizio Crozza, Enrico Montesano  and Geppi Cuccari were the comedians of the night.
Rita Pavone, who was also a member of the jury,recieved an award for her life long career in the Italian music scene. 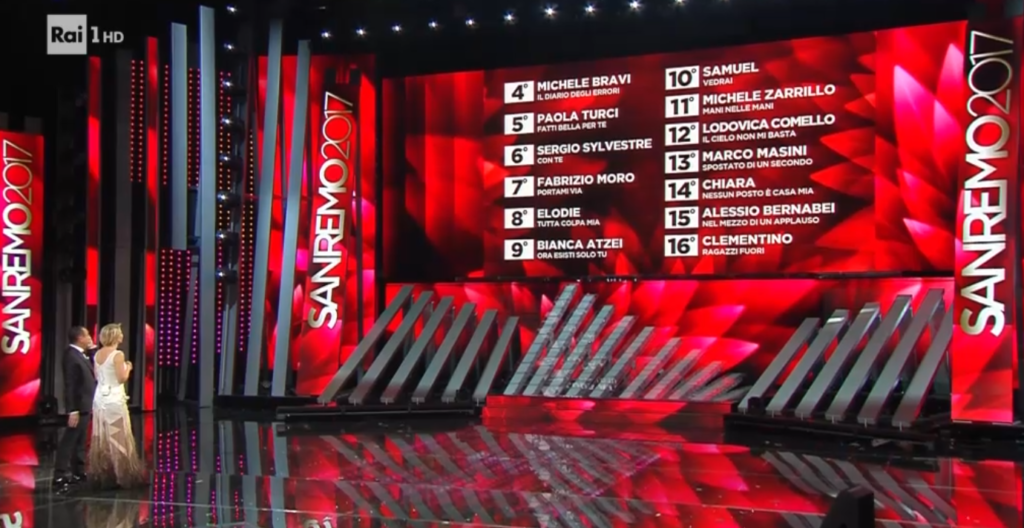 After the first round the top-3 performed again. The votes returned to zero and all revoted, for the Top 3. The winner of Sanremo 2017 was:

Second was Fiorella Mannoia and third was Ermal Meta

Winning the Sanremo Festival gives the winning artist the opportunity to represent Italy at the Eurovision Song Contest. Nevertheless not every artist who won the Italian music competition was willing to enter the big international contest. That can be explained by the fact that Sanremo is a festival on its own. It existed before the first edition of Eurovision and probably would further exist without the international event. As a consequence some artists enter Sanremo just for the purpose of winning the traditional Italian festival, without necessarily thinking about the Eurovision Song Contest.

Last year’s winner Stadio refused to go to Stockholm, giving their spot to Francesca Michelin. Below you can watch their winning entry Un Giorno Mi Dirai: Do you think they would have been the better choice? And do you think that this year’s winner is going to represent the country in Kiev? Let us know in the comments or respectively on social media.