TVE will be hosting this Saturday Mira Quién Va A Eurovisión, the national final to select the artist who will get the Spanish ticket to Copenhagen. Five established artists are in the running to be the successor of last year’s entrant El Sueño De Morfeo. Let’s get to know them a little better.

The Spanish national final will be held on the 22nd of February starting at 22:00 CET from TVE’s studios in Barcelona and it will be hosted by Anne Igartiburu. The audience will be able to vote for their favourite act from the beginning of the show and the winner will be picked by a 50% combination of jury and televoting. The jury of professionals will consist of three recognized singers: Mónica Naranjo, Merche and David Bustamante. The latter, participated at the national selection in 2002 and he was one of the backing singers of Rosa that year.

TVE has decided to name this year’s national final Mira Quién Va A Eurovisión which means Look Who Is Going To Eurovision. That way, the broadcaster links the Spanish national final for the upcoming Eurovision Song Contest with the flagship program Strictly Come Dancing whose Spanish version is called Mira Quién Baila. At the show, besides listening to the five candidates singing their potential entries live for the first time, it has been announced that Gisela, who represented Andorra at the 2008 Eurovision Song Contest, will be performing as a guest.

Let’s take a closer look at the five Spanish hopefuls. 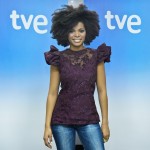 Brequette Cassie was born in Cape Town in 1984 and she has been living in the Canary Islands for over fifteen years. She has been passionate about music since her childhood. When she was twelve years old she started singing at parties and weddings for a living and at fourteen she made her first tour around South Africa. Shortly after, during a trip to Spain, she met her husband and that is what kept her here. She has worked as a singer for several orchestras in the Canary Islands but she rose to fame in 2012 when she participated at the talent show The Voice of Spain. After that, she has been touring several Spanish cities and she has shared the stage with some of the major artists of the country. She is currently working on her debut album which will be called Puzzle Together and it is expected to be released in March. 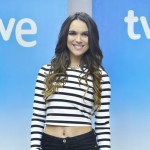 Damaris Abad Anselmo, better known as La Dama, was born in Seville in 1986. Her interest in music began in her childhood. Her father taught her how to play guitar and she also learnt from him how to compose music. She also received flamenco dance lessons and at thirteen formed her own band called Un Par together with her brother Rasel. Later she provided backing vocals on albums by recognized Spanish singers and she has also toured Spain as backing vocalist for several renowned artists among whom is her husband, Melendi, the author the song she will be performing at the national final. 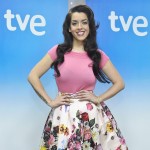 Ruth Lorenzo was born in Murcia in 1982 and she started singing opera at a very young age. When she was twelve, her family moved to the USA and there she started to study music, theatre, dancing and singing, playing lead roles in musical productions such as The Phantom of the Opera and My Fair Lady. Four years later, when she came back to Spain, she did not give up on her dream of becoming a singer and joined a rock band with which she toured Spain for three years. In 2008 she participated in the talent show The X Factor in the United Kingdom, finishing fifth. After the success achieved in the program, Ruth performed more than two-hundred concerts throughout Europe and she has released several singles in Spain and in the United Kingdom (Burn in 2011 and The Night in 2013). As a songwriter she has written songs for renowned national and international artists. 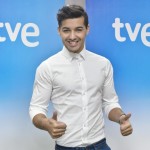 Jorge González was born in Madrid in 1988 to a very humble family. With no musical experience, at age seventeen he decided to submit his application to the auditions of the singing talent show Operación Triunfo and there began his career in the music business. He was one of the most charismatic participants of that edition of the show and his personal history and his innate talent was enough to win the hearts of the audience. In 2007 he released his debut album called Dikelame which was followed by a concert tour around Spain. In 2009 Jorge was among the finalists of the national selection to represent Spain at the Eurovision Song Contest with the song Si Yo Vengo A Enamorarte. More recently, in 2012, he was the runner up at the talent show The Voice and he is currently working in what will be his new project which will be released in the coming weeks. 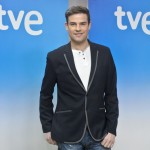 Raúl was born in Vitoria 38 years ago. He shot to fame after his participation at the Spanish national selection for the Eurovision Song Contest in 2000 where he was the runner up. That year, Raúl was awarded with a Music Award for Best New Artist and his song Sueño Su Boca and his debut album topped the charts, becoming a huge hit that summer. Following the success of his first album, he released five more albums: Haciendo Trampas (2001), As De Corazones (2003), Ya No Es Ayer (2005), Una Vida (2007) and Contramarea (2011). He has also recorded the soundtrack for the Spanish version of the movie Spirit: Stallion of the Cimarron.