Vlad Mirita, one half of the duo that will represent Romanian in the 2008 Eurovision Song Contest has talked to EuroVisionary about the plagiarism accusations, his background, the upcoming event, his competitors – and Serbian girls!

First of all congratulations with winning the Romanian national final. Unfortunately you were immediately met with accusations of plagiarism. How has all this fuss affected you?

Thank you so much! The accusations you are talking about didn’t affect us in any way… because they were not true.

What can you tell about your musical background? How did it all start? 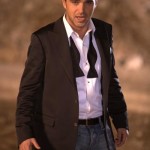 My story is a bit strange… I started at 16 years old because my mother knew I had some vocal qualities, so she took me to a school of arts in my home town, Targoviste. There I found some nice people and that’s why I continued to go on this road. After that I sang in some chamber choirs and the last one was the most important in Romania, “The Madrigal Choir” – this time in Bucarest. After that I won a very popular pop festival in Romania, “Mamaia festival”. All this time I considered music as my hobby… as it was nothing serious. I subscribed to the National Economics Academy, which I graduated in 2005. After graduation I started to reconsider my life, so I started again my preparation and I became a tenor-soloist at the National Opera House in Bucharest. That happened in 2006. After that, all became serious… so I got involved in many cultural projects. All this time I was singing much more opera than pop music. In February, I won the ESC final in Romania with Nico, so I concentrate on this project… but I will have a lot of work with myself after Belgrade regarding opera repertoire.

Can we expect any changes in the way you will perform the song at the stage in Belgrade?

I think it will be quite the same… maybe some small live changes if we are feeling to do so during our performance.

Have you had any thoughts about using the Eurovision Song Contest to achieve a career outside Romania?

I believe everybody is aware of the fact that once you are on that stage, you are exposed to so many countries. This means a lot of people are watching you. So, it is a great opportunity to access to new territories and to become known abroad.

Which Eurovision songs, aside from your own, do you like the most?

I like Albania’s, it’s a very sensitive song, Serbia has a glorious song, Russia has a great song and singer, Greece, with beautiful Kalomoira, and I also like the entry of Cyprus… There are many good songs this year. 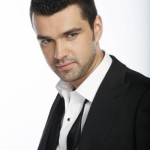 What question, which I haven’t asked you would you like to ask yourself and what would your answer to it, be?

I think it could be: “Do you like Serbian girls?… because you will spend some time in Belgrade…”  And I would answer: “Yes, I do… very much!” 🙂

EuroVisionary would like to thank Vlad for taking the time to talk to us and we wish him and Nico the best of luck for the Eurovision Song Contest in Belgrade.

This interview was made together with Istrati Ciprian Cosmin