Tonight begins the Belgian national selection process through which the representative of the country will be chosen for the 2016 Eurovision Song Contest. In the heat tonight, the participants will be showing their skills within Eurovision covers with a former winner as judge.

Tonight is the first heat and the second will be held on the 10th of January, while the grand final will take place on the 17th. In the first show of Eurosong 2016, the five candidates will perform a Eurovision cover infront of Alexander Rybak (Norway 2009) and Stijn Kolacny (conductor of the female choir Scala) who will be the two judges for the first semifinal. You can read more for the judges of Eurosong 2016 in our previous article. 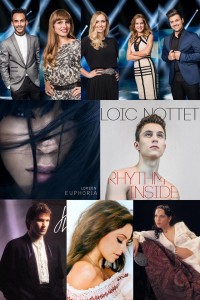 Adil Aarab will sing Hold Me Now of Johnny Logan (Ireland 1987), Amaryllis Uitterlinden will perform Loreen’s Euphoria (Sweden 2012), Astrid Destuyver will have a go at Hadise’s Düm Tek Tek (Turkey 2010), Laura Tesoro will cover Every Way that I Can of Sertab Erener (Turkey 2003) and Tom Frantzis will sing Rhythm Inside of Loïc Nottet (Belgium 2015).

Nobody will be excluded tonight. The artists will be presented to the Belgian public and receieve on how they can improve their vocal skills and their stage presentation. The candidate songs with which they will compete in the final of Eurosong 2016, will be presented just a week before the final show. It is worth noticing that three of the five candidates are children of immigrants, just as the single victory of Belgium in 1986 came thanks to Sandra Kim (Sandra Caldarone), daughter of Italian immigrants.

You can watch the first show of Eurosong 2016 tonight at 20.25 CET from the official site of the Belgian broadcaster  Eén.

Belgium in the Eurovision Song Contest

Belgium has participated in the Eurovision Song Contest 57 times since making its debut as one of the seven countries at the first contest in 1956. The only countries with more appearances are Germany (59), France (58) and the United Kingdom (58). Belgium has been absent only three times in total, due to low scores in the previous years that relegated them from the contest. The country has won the contest once, in 1986, when Sandra Kim won with her song J’ aime La Vie in Bergen, Norway. Sandra is the youngest winner in the contest’s history as, despite the fact she claimed she was 15 years old when she won, she was actually only 13, something that was against the rules; EBU nevertheless allowed Kim to keep the victory when her secret was revealed. Currently, the minimum age for participation is 16 years of age and thus Sandra Kim will remain the youngest winner unless the age limit is lowered. By winning in 1986, Belgium became the last of the French-speaking countries to win the contest.

Belgium has two national broadcasters of the contest, Flemish broadcaster (VRT) and Wallonian broadcaster (RTBF). The two broadcasters alternate organizing the entry selection for the Eurovision Song Contest each year. VRT normally hosts a national final, Eurosong, when selecting their entries for Eurovision, while RTBF holds an internal selection process for its entries.

Last year, RTBF chose a The Voice Belgique participant, Loïc Nottet, who had come second in the 2014 edition of the talent show. He represented Belgium with his song Rhythm Inside in the first semi-final of the competition. He managed to qualify and came second with 149 points. In the final, Loïc finished fourth with 217 points. It was the best result for Belgium since 2003 and it was the highest amount of points ever awarded to Belgium. It was also the first time ever that an entry that finished fourth scored over 200 points.

Below you can watch Loïc Nottet performing this year’s Belgian’s entry, Rhythm Inside: