The current independence controversy brings to mind how the politics surrounding Catalonia had also been exposed due to the Eurovision Song Contest. Indeed, it is not unusual for the contest to unintentionally offer a glimpse into wider political and cultural issues around Europe.

Though rules forbid songs to contain political lyrics, politics have a way of finding their way into the Eurovision Song Contest nevertheless. In 1968, it was not the content of the Spanish entry, but the fact that the lyrics were in the Catalan language, that had triggered political controversy.

Back in 1968, Spain had chosen the song La La La to represent it in that year’s Eurovision Song Contest. The song was to be sung by Catalan singer Joan Manuel Serrat. Wanting to make a statement of support for the regional languages of Spain, Barcelona-born Serrat wanted to sing the entry in his native, Catalan language.

Even in its Catalan version (YouTube video), the song sounds very inoffensive to an international audience, what with its chorus consisting entirely of non-lexical ‘la la la’s. However, the central government of Spain would only allow the song to be sung in Spanish. The official line of the then ruling Franco dictatorship was that Spanish was the official language of all regions in the country and, as such, it would be the only language acceptable for the song to represent Spain as a whole in the Eurovision Song Contest.

I sing to the morning which sees my youth

And to the sun that brings us new hope day by day.

Which is sung when you were born and also on your farewell.

I sing to my mother who gave me my life

I sing to the earth which has seen me growing.

And I sing to the day when I felt love

Walking through life I learned this song.

As a result of neither side backing down, it was decided that Joan Manuel Serrat would be replaced and that La La La would be performed in Spanish by Madrid-born singer Massiel. The singer was only twenty years old at the time and, decades later, she would describe how excited she was at the prospect of representing her country at the Eurovision Song Contest.

I want to go to Eurovision and I promise you I (will) win!

Massiel on her response to being chosen for Eurovision (interviewed for British documentary ‘Eurovision: Top Ten’, Channel Four).

Indeed, Massiel kept her promise. The contest was taking place in the United Kingdom, at London’s Royal Albert Hall. The UK was also favourite to win with celebrated pop star Cliff Richard and his entry Congratulations. After an exuberant performance (YouTube video) and a total of 138 separate ‘la’s sung, Massiel managed to beat Richard and the UK into second place by one point. 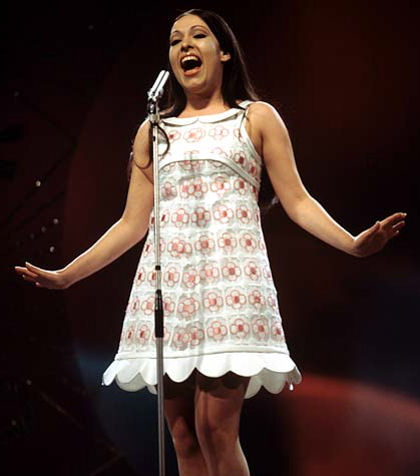 In 2008, there were allegations on Spanish television that General Franco had in fact rigged the 1968 Eurovision so that a Spanish win would boost the country’s image abroad. Massiel passionately denied that there had been foul play, accusing television channel La Sexta of sensationalism.

The instigator of the allegations, Bilbao-born TV and radio presenter José María Íñigo, later took them back. His explanation was that he had only repeated rumours he had heard circulating at the time and that his words had been taken out of context by the same channel.

The initial allegations lacked historical accuracy, too. Bulgaria and what was then Czechoslovakia were said to have been approached for bribing though, in fact, neither country was competing in the contest at the time.

Controversy was not quite over for Spain after its 1968 Eurovision win. The country had now to host the 1969 edition and, for a start, Austria withdrew from the contest citing its opposition to the Franco regime.

What is more, cynics may be tempted to see politics in the 1969 results. For the first time in the contest’s history, there was a four-fold tie at the top spot and, for the first – and to date last – time, there were four winners declared: host Spain, the United Kingdom, the Netherlands and France.

There was only one trophy available, which Massiel had to pass from joint winner to joint winner. The results also meant that Spain was the first country to have back-to-back victories in Eurovision history. 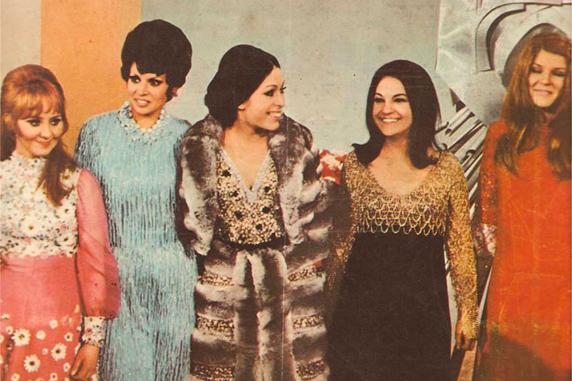 Massiel (centre) with the four winners of 1969 (from left to right, Lulu for the UK, Salomé for Spain, Frida Boccara for France and Lenny Kuhr for the Netherlands).

The somewhat surreal situation has since prompted commentators to point out how appropriate it was that the set and publicity graphic design for the 1969 contest had been created by renowned (Catalan) artist Salvador Dalí, a surrealist.

Norway, Sweden and Finland as well as neighbouring Portugal joined Austria in boycotting the 1970 Eurovision Song Contest as a way of protesting against the 1969 result and voting system.

Catalan finally made it to the Eurovision Song Contest’s stage thirty-six years after the Franco regime had forbidden Joan Manuel Serrat to sing in the language. Jugarem A Estimar-Nos (We’ll Be Playing At Loving Each Other) was the first Eurovision entry to be sung in Catalan. However, the song was not representing Spain, but neighbouring microstate Andorra, which was debuting in its short Eurovision stint in 2004.

Spain has remained somewhat reluctant to stop using its official national language at Eurovision. To date, this only occurred in 2016, when the country was represented by an entry exclusively in English, Barei’s Say Yay!. For this year’s entry, Do It For Your Lover, English was used for the choruses with the rest of the song in Spanish. At the grand final, the song finished last overall with 5 points. It was sung by twenty-one year old Manel Navarro, a… Catalan singer.

In the following videos you can watch Manel Navarro performing Do It For You Lover as well as answering to our Would You Rather questions during Eurovision in Kyiv last May.