Ahead of nine competitors, Ben & Tan took the victory tonight in the Danish national selection very much affected by the rapidly spreading Coronavirus. They will represent Denmark at the 2020 Eurovision Song Contest.

For the first time in many years, this year’s Danish Melodi Grand Prix final was held in the capital, Copenhagen. The 10 competing acts had reached this stage through different ways:

All music tonight was live – and that really made a difference. The versions we heard tonight are nothing like the studio versions. Thank you, DR, let’s repeat that. And EBU, do take notice!

No audience due to Coronavirus

Tonight’s Danish national final was held completely without audience. This came after the country’s Prime Minister Mette Frederiksen yesterday advised against all gatherings of people with 1,000 spectators or more. This came after the coronavirus Covid-19 is spreading fast in Europe. In Denmark, 27 people are so far infected – all of them abroad – and more than 450 people are in a 14-day quaranteen. Though Denmark is significantly minor affected compared to it’s neighbours, it’s the goverments fear that this can quickly change. In order to keep the virus spread down, the Prime Minister Mette Frederiksen therefore advised everyone with larger events to either cancel, postpone or go ahead without audience.

In Switzerland, it’s already forbidden to host larger events with more than 1,000 people in the audience. In Denmark, it’s only an advise so far, but most do follow it – Danish broadcaster DR included.

DR quickly took the dramatic step to cancel all tickets for tonight and host the show without audience. This naturally affected the show. Fake audience applause had been added to the TV production to make up for the missing audience. Under the circumstances all acts however tried their best to cope – and make the best of it.

Two rounds of voting took place. In the first round, the ten songs was cut down to three. This was done in a 50/50 combination between the TV viewers and a music panel. TV viewers voted via SMS and APP – as the hosts said, the Danish APP, not the Norwegian one – referring to the voting collapse in the Norwegian final. The music panel conisted of: 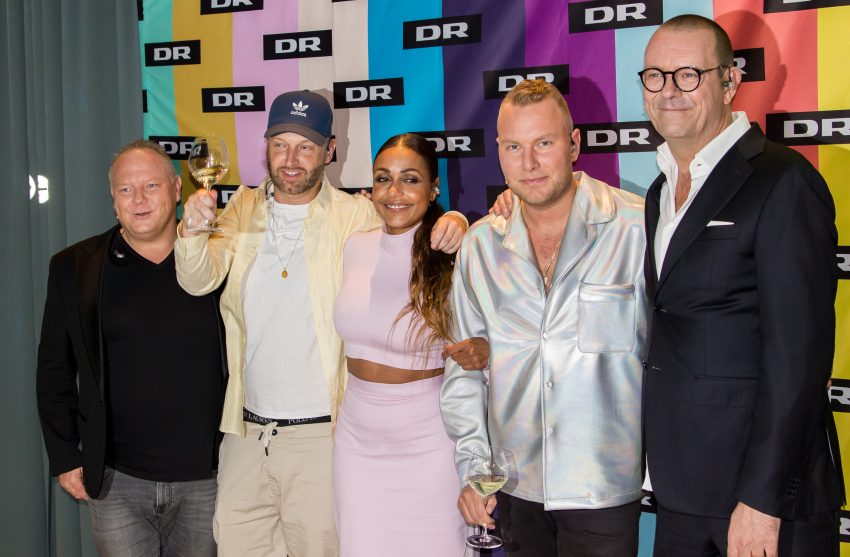 In the second round, it was 100% up to the Danish TV viewers to decide the winner of Dansk Melodi Grand Prix. The three acts who qualified to this “Super final” were:

It came as a shock in the press centre when Jasmin feat. RoxorLoops didn’t qualify to the superfinal. It probably did to the artists too. We saw her pulling him off the stage right away!

Update: After the final, it was revealed that Ben & Tan won with 61% of the votes in the Super final. Sander came second with  20%, while Emil came third with 19%.