A long awaited debut album, first single in the Danish language and a boy who grew up to become a handsome young man. In the past month, Tim Schou, Esben Svane, Basim, Martin Skriver and Rasmussen have all spread joy across Denmark with their new releases.

Spring is upon us, and after a long and depressing lockdown, it’s time to look forward. Soon, it’s summer, and soon, we can get back to a more normal day. What’s better than to celebrate the positive signs around us with listening to fresh new music from our favourite artists? Today, we’ll look at new music from five former Danish Eurovision participants; Tim Schou, Esben Svane, Basim, Martin Skriver and Rasmussen.

In 2011, he represented Denmark at the Eurovision Song Contest as lead singer in the band A Friend In London. After a couple of years with many compromises made, AFIL split up, and the band members went each their way musically. Tim Schou had a dream – and now, after 10 years, it finally came true: His debut album has just been released. The album titled Hero/Loser is an 11 – track LP in the style Tim prefers.

Tim really cared for this album providing a great inner cover where he handwrote the lyrics, added small drawings here and there, and provided lots of personal pictures. The personal touch is kept on the album sleeve where he tells his personal story about how this album came to be.

Those who follow Tim Schou on f.ex Facebook will know that he is very close to his fans – and in return, they are loyal to him. Everyone who pre-ordered the album received a signed edition. 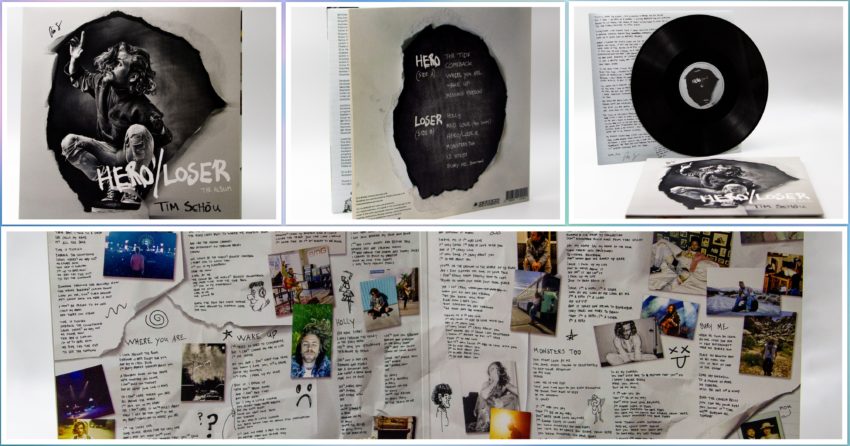 Just like Tim Schou, Esben Svane was also a part of a Friend In London who finished 5th for Denmark at the 2011 Eurovision Song Contest. Since their break-up, Esben has also been doing his own music. However, it has all been in English. Now, for the first time ever, he has released a single and an EP. in Danish.

The new single Det Smukkeste Jeg Har Hørt (The most beautiful, I’ve ever heard, EDT.) is a very personal song. It tells about the difficulties him and Ihan Hayder had in the beginning of the relationship. She was Muslim, and had to hide her feelings for her parents. Not only was Eben pure Danish, he was Christian – and a musician, all three things her Iraq born family wouldn’t approve off. Ihan herself is musician too, in fact she played drums on Soluna Samay’s 2012 Danish Eurovision entry Should’ve Known Better, but until after the victory in the Danish Melodi Grand Prix final, she was hiding that from her parents. The song is a part of the EP titled Du Valgte Mig (You choose me, EDT.)

See alsoIn the shadow of the pandemic, get ready for a Eurovision Live-on-Tape weekend!

Basim went from boy to man

Du Gør Det Godt (You do well, EDT.) is the first single in quite a while from Basim, who represented Denmark at the 2014 Eurovision Song Contest. It’s only been a couple of years, but it’s like he really grew up in those years. He went from being a cute boy to a handsome man.

Music wise, Basim hasn’t changed that much though. The sound is pretty much the same, and his voice is easily recognisable. Du Gør Det Godt is a summer vibe song where he sings to a woman, that she is quite alright, that she does what she does good, and as he adds; then it’s just a bonus that he thinks she is pretty too. He furthermore sings to this woman that she will look good in his bed the next morning. But mainly; the song is an encouragement to her to continue the way she is.

The song features Johnson and HEDEGAARD. The latter is a Danish DJ and producer.

In 2016, Lighthouse X represented Denmark at the Eurovision Song Contest with the song Soldiers Of Love. One part of this male trio is singer and actor Martin Palme Skriver. He recently released the single TeLeFoN.

Martin has written the song himself, he sings it himself – and he also co-produced it. In every aspect, this is a Martin Skriver song. He is joined by Andreas Lund on guitar. The title of the songs translates to phone, and Martin sings that his phone can give him many answers, probably more than the one he loves can, but it can’t give him closeness, intimacy. He then asks: Can you explain that the heart beats for someone, because I can’t. It’s just an intuition, maybe an illusion.

Just a few weeks before releasing this single, Martin announced that him and his wife are expecting a baby girl this summer 🙂 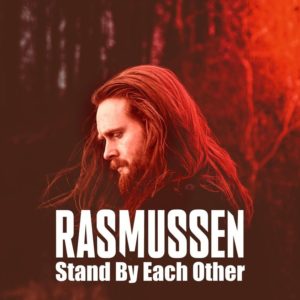 In 2018, Rasmussen represented Denmark with the song Higher Ground. The TV viewers loved him, the juries not so much, and in the combined result, he finished in 9th place.

The new single from Rasmussen is written by Niclas Arn, Gustav Eurén, Andreas Grube and Jonas Rasmussen himself. It’s titled Stand by Each Other. It’s a rock song in the style which suits him so well. It’s catchy and easy to sing a long to.

About this new single, Rasmussen says: ‘It’s about fighting intolerance and injustice. Defend the defenceless. Not by violence, but simply by letting them know, that we will stand by each other’.

The song is available on streaming services like Spotify and iTunes.