Sandhja has just won UMK 2016 – Finland’s national selection for the Eurovision Song Contest 2016. She will represent her country with the song Sing It Away in Stockholm in the first semi-final, trying to qualify to the grand final after last year’s failure.

Uuden Musiikin Kilpailu (UMK) 2016 was the fifth edition of the music competition through which Finland selects its entries for the Eurovision Song Contest. UMK 2016 consisted of four shows, the first three were the semi-finals and, tonight, the Finnish national selection concluded with the final. Sandhja, who ranked third in the televoting won the ticket to Stockholm because of the jury votes, and she will be the one to represent her country at the upcoming Eurovision Song Contest in Stockholm with her song Sing It Away.

Click on the titles to watch the live performances of the songs. 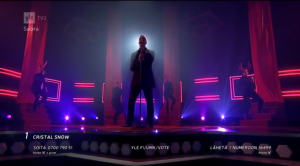 Cristal Snow is a Finnish electro pop musician. In his interviews before the contest, he said that he ‘sang for his life’. Hot red bull masks and, despite some imperfections here at the beginning, he rocks towards the end of the song. A well written song, it fits Eurovision and grows until the finishing climax. 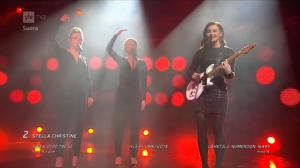 A lounge song that is not bad and at least tries to break the mould. Not sure it would do well at Eurovision though. The lyrics are corny, pretty miserable actually. There’s no real climax. Fado style has rarely worked for Portugal, why would it work for Finland? 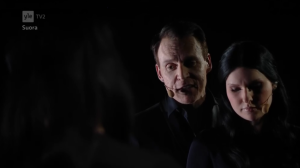 One of the favourites to win UMK 2016 here. Very dark staging with a play of mirrors, inspired by the Danish entry at the 2010 Eurovision Song Contest. Excellent vocals and a presentation ready for the stage in Globen. 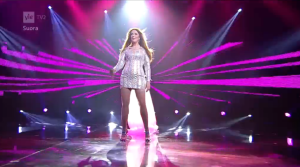 A 1970’s-style song here. Far too dated for 21st century Eurovision. At least there’s a bit of a beat. She should also consider acting her age and not pretending to be 30 years younger. 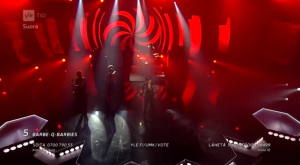 Finns love rock music and they prove it once more. A solid rock performance with fireworks and a very good lead singer. Catchy and simple, this one could do well in tonight’s final.

Tuuli Okkonen – Don’t Wake Me Up 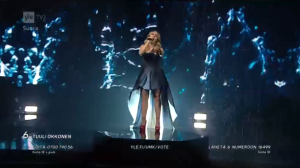 She has bright make up and hair, rather unstable vocals in some parts. The backdrop plays with shadows, then comes rain, and even fire rain. A Eurovision cliché song, that I believe might be voted for by an older age group.

This one is simple but colourful and with an ethnic look and staging. Good vocals and a catchy tune, too. Maybe the most unusual song in tonight’s line up for Finland’s national selection. It’s quite similar to the entries from Belgium and Spain. 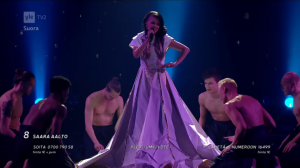 Some people see it this as a favourite. I love the opening and like Saara’s voice. There’s a nice build-up to some kind of neo-Chinese type music. Unfortunately, it’s too repetitive – it leads nowhere.

Mikael Saari – On It Goes 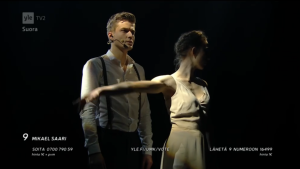 The final of UMK 2016 was broadcast live from the YLE Studios in Helsinki. It was hosted by Finnish actor/singer/rapper Roope Salminen and 2013 Finnish Eurovision entrant Krista Siegfrids. The show was also broadcast with additional commentary in Swedish by Eva Frantz and Johan Lindroos on Yle X3M. The two main hosts were joined by Jaana Pelkonen in presenting the UMK 2016 final. Jaana has been the Finnish commentator for years and, after Lordi won in 2006, she was the female host of the 2007 Eurovision Song Contest.

The show started with an intro video parody of all the participants and the two hosts. After that, we were inside the studio and Lordi performed the only Finnish Eurovision winner to date, Hard Rock Hallelujah. The two hosts appeared laying on surgen’s operating tables, evidently having fallen prey to Lordi who were also on stage – think of a horror film scene and you’ll get the idea. Details for the televoting and the first artist was on stage ready to perform.

After the nine participants had presented their songs, it was time for the interval act of the show. Eurovision winners Lordi performed as guest stars, along with last year’s entrant Pertti Kurikan Nimipäivät.

The show ended with the announcement of the result.

The winner was selected through a combination of public voting and jury voting. The jury voting was provided by ten jury groups that represented different divisions of Finnish society: Eurovision experts, musicians, the media, YouTube personalities, Finland Swedes, the LGBT community, members of parliament, asphalt constructors, children and social media users. Despite the jury only contributing 10% of the final result in last year’s edition of UMK, this year the vote will be split 50-50 between the jury and the televote.

The results were as follows:

Sandhja was declared the winner of UMK 2016 and he will be the one to wave the Finnish flag to Stockholm with her song Sing It Away.

Finland in the Eurovision Song Contest

Finland has participated in the contest 49 times since its debut in 1961. Finland won the contest for the first and only time so far in 2006 in Athens with Lordi’s Hard Rock Hallelujah. Before that, Finland was considered by many as the ultimate under-achiever at Eurovision as the country had never managed to enter the top five of any contest. Their best result after the winning entry in 2006 was a sixth place in 1973 with the song Tom Tom Tom. Finland has been placed last a total of eight times.

Since the introduction of the semi-finals in 2004, Finland has failed to reach the final five times. In 2014, the country had its best result in eight years when Softengine finished 11th. Last year, Pertti Kurikan Nimipäivät, after their landslide victory in UMK 2015, represented Finland at Eurovision in Vienna. The punk rock band, with thirteen points, ended sixteenth out of sixteen entries and failed to qualify from the first semi-final.

See what you think of this year’s Finland entry in the video below.