Last night 26 countries showcased their acts performances at Eurovision in Concert in Amsterdam. 27 acts were supposed to appear, but at the last minute Norway cancelled, just as the video for Agnete’s Icebreaker entry has been delayed.

Agnete’s video for Icebreaker was expected on April 2, and she was scheduled to appear at Saturday’s Eurovision In Concert in Amsterdam, the Netherlands, but cancelled at the last moment. We were concerned and reached out to Agnete to find out what happened. The planned trip to Israel for their preview party has been cancelled as well.

The good news is all is well with Agnete’s health. She has recovered from the flu, which dwarfed her during the making of the video. Unfortunately  Agnetes’ closest team member is  now sick, and has been told not to travel. Agnete has stood by her team, saying “We travel as a team. It is an unfortunate time to be sick, but when is ever a good time to be sick”.

The video has also been delayed due to the health of her team, as they have been unable to work on it. Everyone here wishes Agnete and her team the best, and that a quick and healthy recovery is made. We therefore will have to wait a little longer for the video, but it should be worth the wait.

See alsoVideos: Watch all 26 Eurovision acts from Eurovision In Concert 2016

In the meantime please take our quick quiz on Agnete to see how much you know about Norway’s artist this year.

Do you know what Agnete’s mother language is? Test if you are right in this quiz. 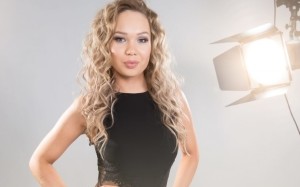 Agnete will perform Icebreaker in the 16th position in semi final 2 on May 12th.