Following Lidia’s win back in February with her song Falling Stars, Lidia released a promotional music video which originally involved her in a studio performing her song without much narratives happening other than her looking quite beautiful.

Yesterday, the Moldovan star released a brand new video, this time depicting the singer in various locations. First you find Lidia alone in a cafe where she watches a news report about scientists detecting gravitational waves.

Following this, Lidia is approached by an astronaut who takes her outside. The video then takes Lidia and the astronaut through different outdoor locations including shots of both of the by a single tree where Lidia is then giving blue smoke signals to a spaceship in a sky while the astronaut is holding a star-shaped balloon. All while dancing of course.

Lidia and the astronaut then go on a big spinning ride from a fairground and going up a very high set of staircases.

In the end, Lidia and the astronaut are on top of a building named Cosmos, Lidia opens the astronaut’s helmet and reveals that his head is the cosmos!

Check out the video below, and let us know, is the new video better? Should they have just stuck with the original one?

Test your knowledge on Lidia Isac with our quiz below:

Which musical instrument did Lidia learn to play? This quiz will show you how much you know her. 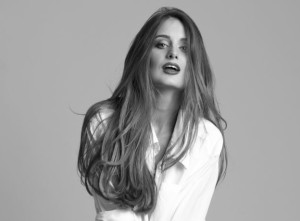