Ermal Meta & Fabrizio Moro have won the 68th Sanremo Music Festival during an exciting evening at Teatro Ariston. The duo have now been confirmed as representing their country at Eurovision – it will it be Non Mi Avete Fatto Niente for Italy this year in Lisbon.

Though not just a national final in a strict sense, the Sanremo Music Festival has a long history of providing Italy’s Eurovision entrants. Indeed, the Festival’s track record has been rather good recently – since Italy’s 2011 return to Eurovision, six entrants selected through Sanremo have provided five top ten placings in the contest. What is more, even though a certain Swedish counterpart can claim the title of the most prestigious national selection, no music event other than Sanremo can claim that they were the inspiration behind the Eurovision Song Contest itself.

Complication is usually half the charm of Sanremo and this year was no exception. Spread over five consecutive nights (Tuesday to Saturday), there were two main categories in the competition: the Campioni category for established artists and the Nuove Proposte newcomers category.

The voting included contributions from televoting, a jury of accredited journalists, a demoscopic jury consisting of a 300 fan sample (for nights 1-3) as well as a jury of experts (nights 4-5). 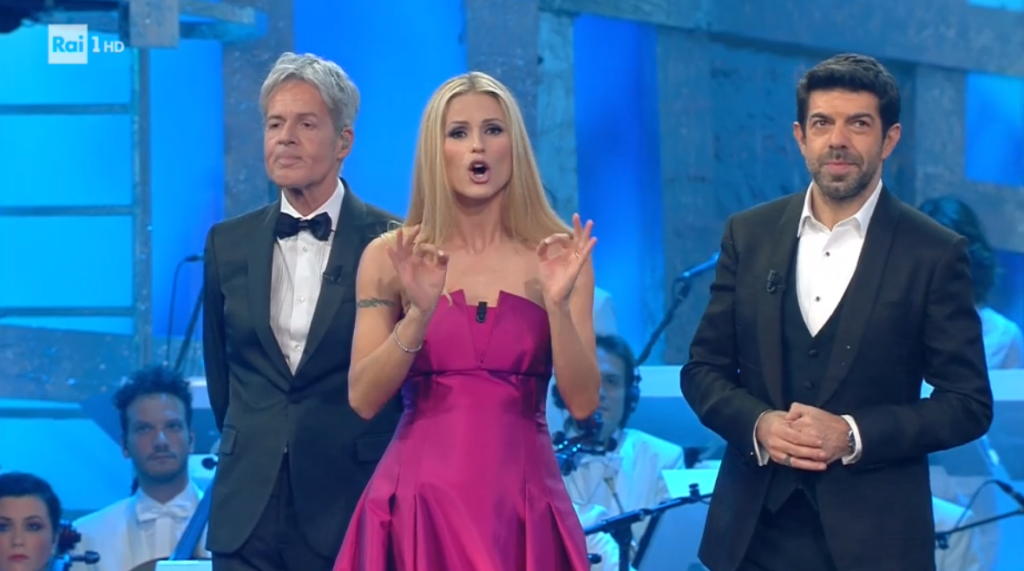 The 2018 Sanremo presenters Claudio Baglioni, Michelle Hunziker and Pierfrancesco Favino on the Fourth Night of the music festival.

This year, singer/songwriter and musician Claudio Baglioni has taken over from Carlo Conti as the main presenter and artistic director of the Sanremo Music Festival. His co-hosts are TV presenter, actress, model and singer Michelle Hunziker and actor Pierfrancesco Favino. 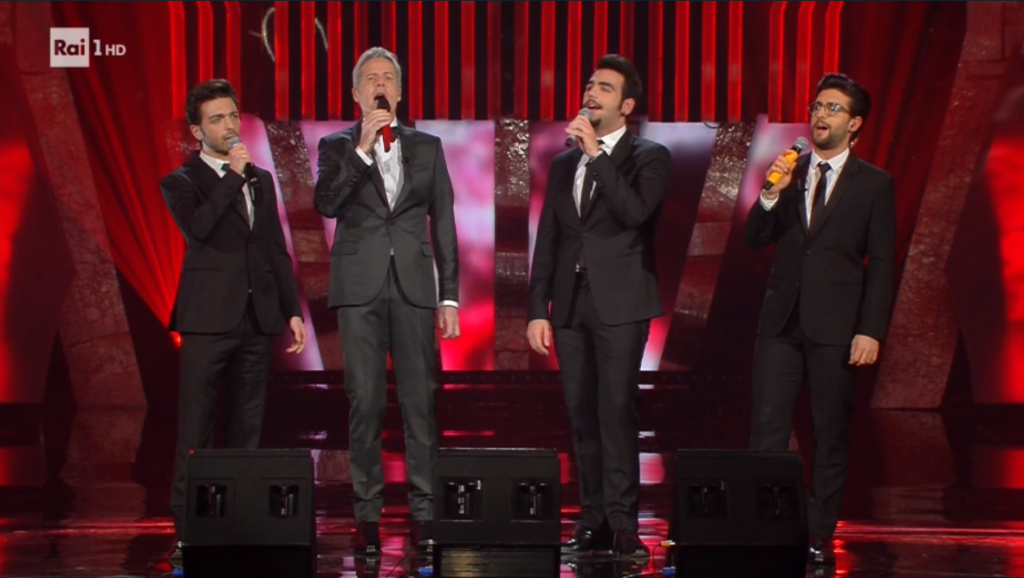 This is in effect the grand final for the Campioni category of established artists. The participants have already performed their entry songs three times over the previous nights, one of which was as a duet with an invited guest act of their choice. 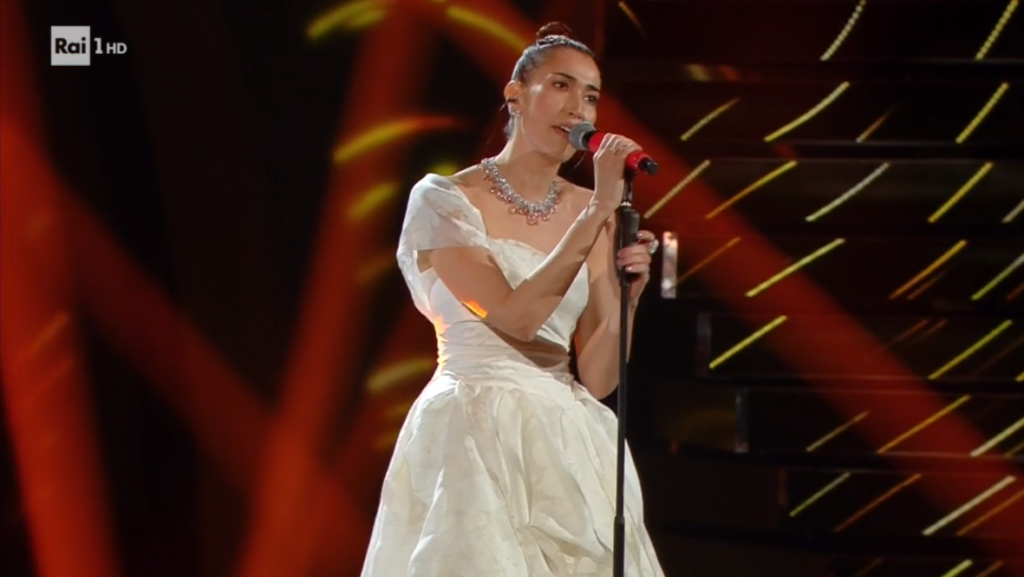 Phase 1 sees all 20 of the 2018 Campioni finalists performing their songs once more. Tonight’s votes will be added to those from the previous performances  The top three acts – as determined by the combined scores – will progress to Phase 2. In this phase, all three acts will start from a level ground as previous scores will be discarded and the winner will be determined by the votes awarded in Phase 2 only.

Tonight’s winner will be given the opportunity to represent Italy at the upcoming Eurovision Song Contest if they wish to. If not, the ticket to Lisbon will be offered to one of the other Campioni finalists or one of the Nuove Proposte newcomers category, whose winner last night was Ultimo with his song Il Ballo Delle Incertezze (see photo below). 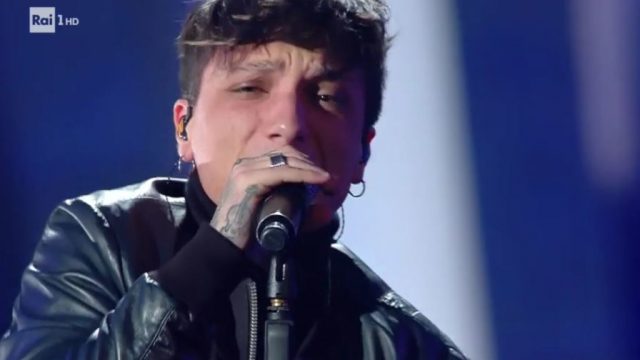 There are several former Eurovision entrants among the participants: Nina Zilli (9th place in Eurovision 2012 with L’Amore È Femmina). Riccardo Fogli (11th in 1983 with Per Lucia), Enrico Ruggeri (lead singer of Decibel, came 12th in 1993 with Sole D’Europa) and Luca Barbarossa (12th in 1988 with Vivo (Ti Scrivo)).

The results of the Phase 1 tonight are as follows.

The three super finalists were announced as follows:

At this point, any previous votes the artists had received were discarded and the artists’ fate relied on an extra round of voting.

After a lot of deliberation, with all three acts on stage, Ermal Meta & Fabrizio Moro with Non Mi Avete Fatto Niente were announced as the Sanremo 2018 winners. The results were as follows: 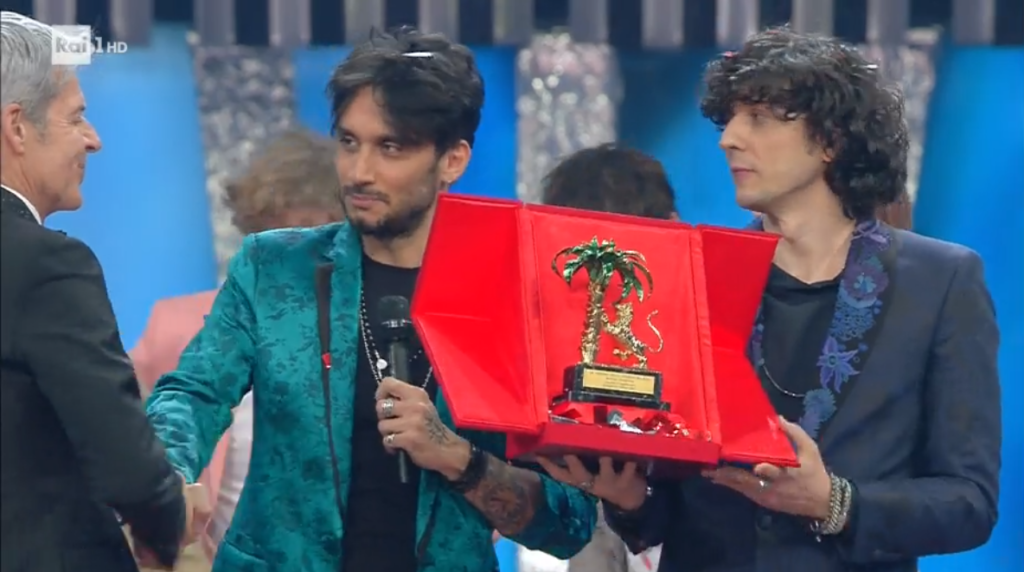 The Italian entrant to the 2018 Eurovision Song Contest

Tonight’s win made Ermal Meta & Fabrizio Moro eligible to represent Italy in the upcoming 2018 Eurovision Song Contest. Earlier this week, the duo had mentioned that they would like to represent the country at Eurovision, not making any other change to their song either than reducing its duration to comply with the 3 minute rule. Indeed, it has no been confirmed that they will be flying the flag for Italy in Lisbon this May.