Last night the premiere of the second edition of the Spanish talent show El Número Uno, took place. A former Eurovision representative and plenty of artists who in the past entered the Spanish national selection tried last night to get one of the ten places to become "the number one" of the Spanish music scene.

This first show was kind of a final phase of the auditions where the judges selected the final ten artists who will be part of the competition in the coming weeks. Pastora Soler, who represented Spain at the 2012 Eurovision Song Contest with Quédate Conmigo, is one of the judges alongside Mónica Naranjo, Pitingo and David Bustamante who is well known for his participation at the talent show Operación Triunfo which led him to be one of the candidates to represent Spain at the 2002 Eurovision Song Contest where he was one of the backing vocalists for Rosa López. 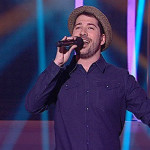 The first candidate on stage last night was Javi Soleil, one of the members of D’Nash who represented Spain at the 2007 Eurovision Song Contest with I Love You Mi Vida. He was clearly one of favorites of the audience after being the winner of the online voting that took place a few weeks ago but he failed to convince the jurors who were sure from the outset that he would not be among the ten finalists. They said he has a vast experience and beautiful voice but it was not enough. 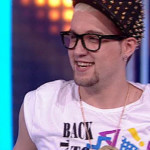 Right after Javi, it was time for Gio. You should remember him because he took part in the national selection in 2011 called Destino Eurovisión. With his unique style and performing a version of the popular song Freed From Desire he managed to convince the judges who unanimously agreed that he would be one of the ten hopefuls. 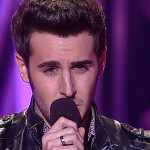 Another of the familiar faces that we saw last night was Danny Leiva who was candidate to represent Spain in 2008 and 2009. His life has been devoted to music from a young age and he is now seeking the opportunity to take him to the top of the music business but it seems that it is not the time yet. Jurors agreed that he is a professional singer but that is all. So, he failed to convince them that he can also be a great artist. 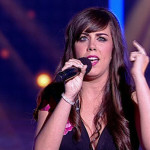 Ángeles Vela also stepped up the stage of El Número Uno. She was one of the participants of the national selection in 2009 with the song Vístete De Primavera. Her performance last night had a flamenco influence, very different of what we heard from her four years ago, but it seems that this is actually the style with she feels more comfortable on stage. And this was the biggest obstacle to her classification because there was another candidate with a very similar style. In fact, the judges asked both of them to sing a cappella in a kind of a duel to see which one fit best in what they were looking for and they decided that Ángeles would not be the chosen one. 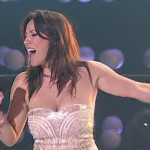 Lorena Calero, who was part of the group L’Femme which was created expressly for the national selection in 2010, has a big experience in musical theater and she arrives to this talent show looking for an opportunity to succeed alone, being herself and not a character. For last night’s show she chose to sing a very lively song as Titanium and she did a flawless performance but that was not what the judges were waiting from her. They said they were puzzled because in the previous auditions she sang songs with a very different style, more sweet and subtle, and she now looked like a different artist. They did not said no but they asked for a little more time to make the decision. At the end of the show it was finally announced the verdict of the jury and they confirmed that she will be among the ten candidates to be "the number one".