In the long selection process in Slovenia, we will come to the end with the final of Misja Evrovizija 2012. There are now two acts left and one of them will represent Slovenia at the Eurovision Song Contest this year in Baku. Let’s remind ourselves of what’s happened in the Misja Evrovizija 2012 and meet the finalists.

After Maja Keuc got a good result in the final of the Eurovision Song Contest 2012 with her song No One – as Slovenia haven’t ever qualified to the final except 2007 – the national broadcaster RTVSLO decided to stick with the same plan that achieved Maja’s success. Therefore, another national selection as a long-term tv show came out, Misja Evrovizija (Mission Eurovision). The concept was the same as in numerous pop-idol contests. Differently from any pop-idol contest, the winner will represent Slovenia in an international arena which is seen by millions all over the world.

The preselection in Misja Evrovizija 2012, started in the first day of autumn and the juries picked 32 names to participate in the preselection rounds. In the first tour, the thirty-two participants divided into four groups and after the first four shows (one show for each group) half of the participants qualified to the second tour. A total of sixteen names participated in the second tour – divided into two groups and again half of them qualified to the third round.

There were eight names left when we started the third round and after then, one name was eleminated in each show until only two names were left. So those names for the final are Prusnik twins (Eva / Nika Prusnik) and Eva Boto. One of the two acts will have the honour of representing Slovenia at the Eurovision Song Contest 2012. At the same time, the broadcaster made a call for the representative song and the song will be picked amongest the entries that are submitted. 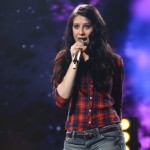 Eva Boto is just 16 years old and comes from Šentjanž in Dravogradu. This young talent wants to make sure that she can do what she wants in her life, representing Slovenia at the Eurovision Song Contest would be the first step, according to her. She says she is very influenced by Maja Keuc’s performance in the Eurovision Song Contest last year and Darja Svajger would be the other favourite act at the contest. Eva is confused about her best supporter at the Misja Evrovizija 2012 and her family may be the one?

Eva will perform three songs which are chosen by the jury of Misja
Evrovizija 2012 and they will appear in the order 1,3 and 5. The songs
will be (you can hear the songs by clicking on the names below):

One of the musicians and lyricists in the first song Run, Søren Bundgaard, represented Denmark at the Eurovision Song Contest four times. Meanwhile, Søren participated in the eight editions of Danish selections for the contest. On the other hand, Christina Schilling, Henrik Szabo and Daniel Nillson are well known from the 2009 Dansk Melodi Grand Prix where they created Someday with the presentation of Hera Björk – they ended up second placing behind Brinck. In the same year, a co-written song of Christina Schilling represented Ireland at the Eurovision Song Contest – A Daniel and Henrik song participated in the Portuguese selections however. 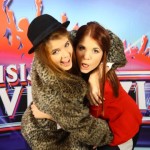 The identical twins Nika and Eva Prusnik attended the selections from Skoflica. They are also 16 years old and were tipped for the final shows since the earlier stages of Misja Evrovizija 2012. They want to win the Misja Evrovizija because of its charisma, orginality, energy; they express their joy from music everytime. The sense of homour brings a great visual show at the stage, not only because they are twins, they are also good choreographers. They state they are having the biggest support from their families.

The twins will perform three songs which are chosen by the jury of Misja Evrovizija 2012 and they will appear in the order 2, 4 and 6. The songs will be (you can hear the songs by clicking on the names below):

The results will be known after 50/50 split decision. The winner of Misja Evravizija 2012 will represent Slovenia at the second semifinal of the Eurovision Song Contest 2012 in Baku.