On Saturday it’s time for the fourth and last Swedish semi final. It will be a battle between several of Sweden’s most well known and loved artists. Read the article to get to know the artists of the fourth semi final. 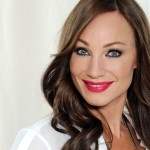 Charlotte Perrelli (former Nilsson) have participated two times in Melodifestivalen and Eurovision Song Contest, 1999 with the song Tusen och en natt (Take me to your heaven) and in 2008 with the song Hero. This resulted in two victories in Melodifestivalen (1999 and 2008)  and one in Eurovision Song Contest (1999). Her career started when she as a 13 year old was the leading singer in the dance band Bengt Ingvars. Since then Charlotte has had a long and successful career in Sweden both as a leading singer in different dance bands and as a solo artist. We’ve also seen Charlotte as one of the jury members in Talang (Sweden’s got talent) and as a host in Melodifestivalen (2003 and 2004). You can watch a one minute cut from Charlotte Perrelli’s rehearsal here. 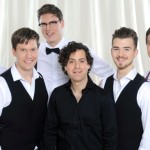 The group was formed in 2008 and consists of the members Andreas Rudenå, Daniel Pergament Persson, Thor Ahlgren, Martin Eriksson, Jonathan Larsson and Michael Sideridis. In the beginning OPA! played traditional Greek music but they’ve updated the sound to be a little bit more modern. They describe their song Allting blir bra igen as a meeting between Swedish and Greek music. OPA! released their first single Himmelskt in January 2012 and their debut album will be released in connection to the bands participation in Melodifestivalen. This is their debut in Melodifestivalen. You can watch a one minute cut from OPA’s rehearsal here. 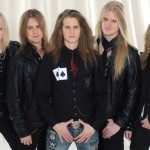 If the band’s name Dynazty sounds familiar to you, it’s probably because you saw and heard them in Melodifestivalen last year. Though they were not competing artists but an interval act in the final performing Anna Bergendahl’s This is my life. The band was formed in 2007 and consists of the members Nils Molin, Joel Fox Apelgren, ”Rob” Love Magnusson, Georg Egg and Mikael Lavér. In 2010 Dynazty singned with StormVox Records founded by the Swedish actor Peter Stormare. The band have released two albums Bring the thunder (2009) and Knock you down (2001). This is Dynazty’s debut in Melodifestivalen. You can watch a one minute cut from Dynazty’s rehearsal here. 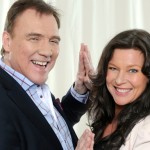 Lotta Engberg and Christer Sjögren have both long and successful careers and are two well known and loved artists in Sweden. Also they both have a background as singers in dance bands. Lotta Engberg have competed six times before in Melodifestivalen, in 1984 with the song Sankta Cecilia with co-singer Göran Folkestad, in 1987 with Fyra bugg och en Coca-Cola (later renamed to Boogaloo), in 1988 with 100%, in 1990 with En gång till, in 1996 with Juliette och Jonathan and in 2003 with Vem é dé du vill ha? together with Kicki Danielsson and Elisabeth Andreassen. Even though Christer Sjögren has had a very long and successful career (he celebrated 40 years as an artist in 2008) this is only the second time he participates in Melodifestivalen. He participated in 2008 with the song I love Europe. You can watch a one minute cut from Christer Sjögren’s and Lotta Engberg’s rehearsal here. 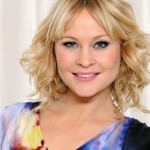 Hanna Lindblad knew she wanted to be in show business since she was a little girl. After finishing high school she went to a musical artist school in Gothenburg. Until 2010 when Hanna participated in Melodifestivalen for the first time she was more famous as a musical artist than a singer. She has played parts in Musicals like Saturday night fever and Sound of music. Hanna has also received awards and scholarships for her performances in the music business. This is second time around for Hanna in Melodifestivalen. In 2010 she participated with the song Manipulated and finished fifth in her semifinal. You can watch a one minute cut from Hanna Lindblad’s rehearsal here. 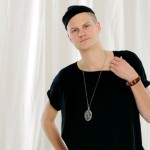 Axel Algmark is 22 years old and a debutant in Melodifestivalen. He has been singing and composing songs for as long as he can remember. To compete in music is not new to him since he competed in competitions like Sjövik’s Schlagerfestival and Svensktoppen nästa just to mention a few. Though no competition has been as big as Melodifestivalen. You can watch a one minute cut from Axel Algmark’s rehearsal here. 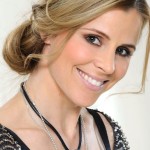 Lisa Miskovsky is for sure an artist with many strings to her bow. Besides the fact that she is a well known and truly loved artist Lisa has also been a member of the national team in Snowboard and plays Hockey with the A-team in her hometown Umeå. Since her breakthrough as an artist in 2001 she has released four albums, Lisa Miskovsky (2001), Fallingwater (2003), Changes (2006) and Violent Sky (2010). Lisa has also written music for other artists like Abalone dots and Coockies N Beans and she is one of the co-writers to Backstreet boys smash hit Shape of my heart. This is Lisas debut in Melodifestivalen. You can watch a one minute cut from Lisa Miskovsky’s rehearsal here. 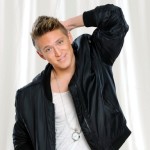