As we reach the last month of the year the Eurovision 2015 national finals and artist announcements are already well underway across Europe as we all gear up for the diamond jubilee contest. Here is our recap of all the acts and entries selected so far on the road to Vienna

This Eurovision season we have a total of 6 acts confirmed of the 39 participating countries as of today. The 60th Eurovision Song Contest Final is just 174 days away.

With that in mind lets recap all the artists and songs known so far in the order of selection or announcement.
Montenegro
1


Knez (Nenad Knežević Knez) is a very popular Montenegrin pop singer and was announced as their entry at the end of October. He said that his selection shouldn’t have come as a surprise in his homeland as he is very passionate about the song contest. Speaking when he was selected he said: "I’ll do my best and invest all my experience and knowledge. At the same time I’m hoping to have a perfect song which will represent Montenegro in the best possible way". The style of song he will perform is yet to be determined, he said that "Ballads were doing well in the last few years, but I wouldn’t exclude having an up-tempo song with some catchy melody." The 2014 entry from this country has started a new chapter in the Eurovision history and this is down to Sergej Ćetković and his song Moj Svijet, which led his country to qualify for the Final this year for the very first time. 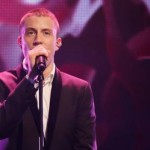 Following the country’s use of an artist from The Voice Belgique in 2012 they have returned to that format for 2014 and the singer chosen is Loïc Notte, the runner up of the 2014 series of that contest. During his time on The Voice Belgique Loïc performed songs like Rihanna’s Diamonds and U2’s One. He follows the 2014 Belgium entry Axel Hirsoux who failed to quality to the final in Copenhagen with the song Mother. RTBF have said that a press conference will be held in the near future to announce more details about Loïc’s participation in Vienna. The song he will perform is yet to be revealed.
The Netherlands
1

Finishing runners up at the contest in 2014 with The Common Linnets has spurned the nation on to announce their singer for Vienna early. Broadcaster AVROTROS revealed that Trijntje Oosterhuis will represent her country with a song written by Anouk, the 2013 Netherlands artist in Malmö. Speaking at the time of her selection Trijntje said: "I feel very honoured to have been asked to represent the Netherlands at the 2015 Eurovision Song Contest in Vienna. After the good performances and results by Anouk and The Common Linnets the past two years, it is of course more exciting but also very fun. The song was co-written by Anouk and it is very nice that she wants to share her experiences of the contest with me".

Daniel Kajmakoski won this years Skopje Festival and his win means he was the first singer and song to be decided on television this season, the track is Lisja Esenski which translates as Autumn Leaves. His entry is composed by Joacim Persson with lyrics from Aleksandar Mitevski and Daniel himself. Daniel became famous in F.Y.R. Macedonia and throughout the Balkan countries after his victory in X Factor Adria, the Serbian version of the global television talent show. He beat 19 other entries in this years Festival which was held in Skopje in November.
Malta
1

In the Maltese National Final for Eurovision 2015, held in the same shipyard that the Junior Eurovision was staged in November, twenty three year old Amber was named the winner with the song Warrior now likely to go to Austria next May. However after a rule change at the national competition Warrior could be re-produced and potentially replaced as the entry in the coming months. Amber has previously been to Eurovision, as a backing vocalist for Kurt Calleja in the Baku contest 2012. The Mediterantian island will be looking for their first win at the 60th Contest.
San Marino
1

After three consecutive entries from Valentina Monetta the land locked San Marino have made a change for 2015. SMRTV have announced that Michele Perniola and Anita Simoncini will be heading to Vienna. They will both be 16 next year, and are likely to be the youngest duo to ever perform in the contest. Michele Perniola won the Rai 1 programme dedicated to the young talents called Ti lascio una canzone in 2012 and a year later he took part at the Junior Eurovision in Kiev representing San Marino with the song O-o-O Sole intorno a me. Anita has studied singing in a choir directed by the San Marino’s Maestro Fausto Giacomini. At the same time, Anita is a San Marino member of the The Peppermints, the girl band that represented San Marino at the latest Junior Eurovision in Malta this November. Her participation in the main contest means she will be the first singer to ever appear in the Junior and main contest back to back. Their song will be revealed at a later date.
These acts are the basis of what will be a wide pool of entries that will form the running orders for the Semi Finals on Tuesday 19th and Thursday 21st May next leading up to the 60th Grand Final of the Eurovision Song Contest on Saturday 23rd May 2015 in Vienna’s Wiener Stadthalle.
Stay with EuroVisionary on the road to Vienna