CyBC will be hosting Eurosion Song Project, the national final to select the artist and the song who will get the Cypriot ticket to Vienna. Four male singers, a duet and a rock band are in the running to be the next representative of Aphrodite’s island in Eurovision Song Contest. 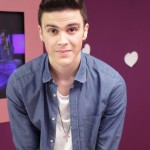 The grand final of Eurovision Song Project will be broadcast on 1 February 2015. Each artist will perform their national selection songs in full. Voting lines for the Cypriot public have already been open since the end of the second Eurochallenge show last Friday. The method for ranking entries will be a 50/50 combination of both telephone vote and the six jury members; Despina Olympiou (Cyprus 2013), Alex Panayi (Cyprus 1995, 2000), Elena Patroklou (Cyprus 1991), radio producer Tasos Tryfonos, Italian Head of Delegations Nicola Caligiore, and former French Head of Delegations Bruno Berberes. The hostess of the show will be again the model Andri Karandoni.

Let’s take a closer look at the six cypriots hopefuls.

1. Hovig with Stone In A River. 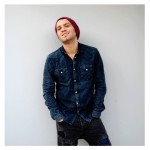 He was born on the 3 January 1989 in Nikosia. Hovig is a Cypriot singer of Armenian descent. He studied jazz at the University of Nicosia. He got into music at the age of 6 when he took guitar lessons. Music had always been the only thing he wanted to do. That’s why he took part in the second edition of X Factor Greece in 2009, where he competed alongside with former eurovision participants as Ivi (Cyprus 2012) and Eleftheria Eleftheriou (Greece 2012). He finished at a respectable 7th position. He also tried to represent Cyprus in 2010 when he was third in the national final with his song Goodbye.

Doody is 21 years old and he comes from Limmasol. Doody’s real name is Stefanos Christoforou and he is the younger brother of Konstantinos Christoforou who has represented Cyprus three times (1996, 2002 and 2006). His song Magic is composed by his brother. Doody bacame famous in Cyprus with his live appearances with big stars as Anna Vissi who recently supported him for representing Cyprus in the Eurovision Song Contest.

3.Panagiotis Koufogiannis with Without Your Love. 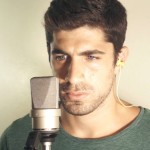 Panagiotis is a Cypriot singer from Nikosia, he is 27 years old. He studied music at University of Berklee with a Fulbright schoolarhip. He took his degree in 2012 with excellence and returned to Cyprus as a music teacher in music schools. He began his music career by uploading covers on his Youtube Channel where his most popular cover has over 100.000 views. Last year he participated in the Voice of Greece, he managed to reach the battle round. His song Financial Crisis reached #1 in the Cypriot iTunes charts on 8 August 2013.

4. Minus One with Shine. 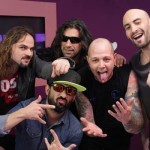 Minus One is the only band in the final. They usually play rock music, but play everything from classic to pop and hard rock. They become famous in Cyprus as they make live appearances all year around, everywhere on the island. Minus One are Francois Micheletto, Giorgos Solonos, Constantinos Amerikanos, Antonis Loizidis and Christos Ioannidis.

5. Giannis Karagiannis with One Thing I Should Have Done. 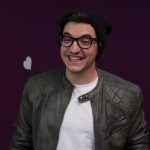 Giannis is a Cypriot singer and musician from Limassol, who has won a lot of local music contests in Cyprus. He started vocal lessons since the age of 8. Now Giannis is Grade 8 in vocals. 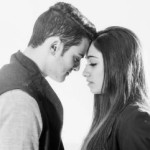 Nearchos is a singer/musician based in Limassol. He is 21 years old and has released a CD single called Dinami. Charris has participated in Junior Eurovision 2008 with the song Gioupi Gia, in her homeland and reached a 10th place. After that she has participated in various talent shows reaching the finals in many occasions.