We would like to take this opportunity to wish the Irish a happy St. Patrick’s day wherever they might be. To celebrate the Irish holiday and the seven wins that the champion country holds with Eurovision, here are seven things, you may not know regarding Ireland at the Eurovision Song Contest.

1. Ireland is one of the few countries that have won in consecutive years (Including Spain, Luxembourg and Israel). It is so far the only country to ever win three times in a row. 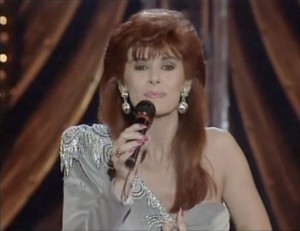 2. When a country wins at Eurovision, it means they are invited to host the next year. So far, Ireland is the only country to have hosted consecutively. Spain, Luxembourg and Israel although having won consecutively, declined to host a second time in a row.

3. Despite so many victories and so many wins back in the 1990s, the last time Ireland reached the top 5 at Eurovision was in 1997.

4. At the 1994 contest, the group Riverdance made their debut as an interval act. Shortly after, it was expended to a stage show opening in Dublin on 9 February 1995. It has since been shown to over 450 venues around the globe and viewed by over 25 million people becoming one of the most successful dance productions in the world.

5. Ireland first hosted the Eurovision Song Contest in 1971. This marked one of the very first broadcasts done by RTÉ, the Irish broadcaster, in colour. 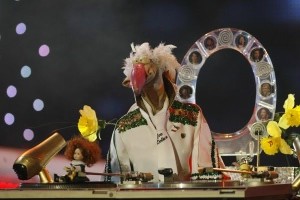 7. In 2008, Ireland was represented on the Eurovision stage by the first ever puppet, Dustin the Turkey. Dustin has been a comedic character on Irish television since the late 1980s and in his entry Irelande Douze Pointe which references Riverdance as well as Michael Flatley. Dustin the Turkey failed to reach the final that year.

Check out Eurovision.tv’s video below on the history of Ireland at the Eurovision Song Contest in celebration of St. Patrick’s Day.