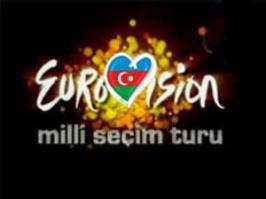 Tension reached fever pitch in the Azeri selections Milli Seçim Turu, with only two remaining places in the semifinal. Eight participants gave their all during the five days, trying their hardest to win that all elusive ticket to the semi. The jury was surprisingly generous this week, deciding to award two semi spaces instead of… Read more 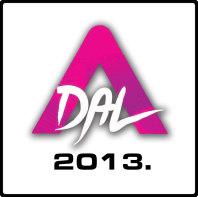 The end of the Hungarian route to Malmö comes one step closer this weekend, with the two semifinal shows in A Dal 2013. Eighteen qualifying acts from the previous three heats will be given another shot at securing a place in the final. With the help of this article, we invite you take a closer… Read more 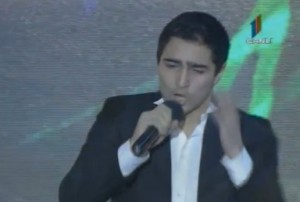 In the Azeri selection, named Milli Seçim Turu, another step of the long selection process was taken with the 6th heat this week. Fərid Məmmədov was the strongest of the last three lucky names for the semi-final. In the latest instalment, the usual number of participants fought the battle to reach the semi-finals including the… Read more 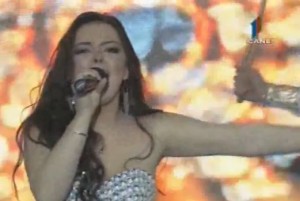 The Azeri selections, Milli Seçim Turu, continued with its 5th heat on the road to Malmö. In the last three countdowns to the semi-final stage of these selections, Leyla Qafari secured herself a place for the next round. After a week’s break in the selections last week when the day of mourning was commemorated in… Read more 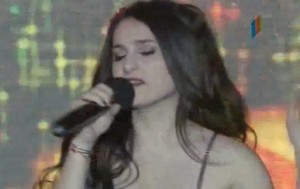 In the Azeri selection named Milli Seçim Turu another step of the long selection process was taken with the 4th heat this week. An usual number of participants fought the battle to reach the semi-finals with Leyla Əliyeva proven to be the strongest.  This week’s group of eight participants at the Milli Seçim Turu 2013… Read more 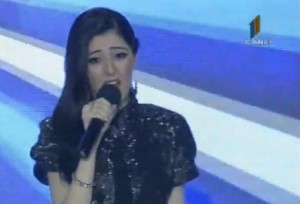 After a week’s break in the selection process, last year’s host continued on searching for another nominee for the semifinal. Out of nine, Fərəh Hadıyeva ended up as the lucky name, who qualified to the semifinal round, on this fifth day of heat three. This week in Azerbaijan, the national final series, Milli Seçim Turu… Read more 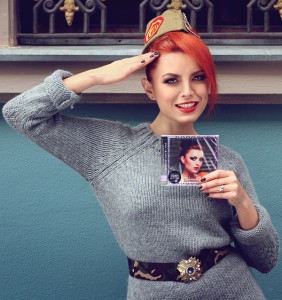 Elena Gheorghe, who represented Romania at the Eurovision Song Contest in 2009, has, after several international releases, put together a special album for her fans in Japan to thank them. The album dedicated to the Japanese fans will also include a cover version of a local hit. The Balkan girl, Elena Gheorghe, might be remembered… Read more

Tonight, the last show in second round of Azerbaijan’s long term national selection, Milli Seçim Turu, was held via its official broadcaster İçtimai TV. A group of nine  participants tried to get the semifinal ticket, which ended up being won by Rəvanə Əliyeva. As in the first edition of Milli Seçim Turu 2013, a group… Read more 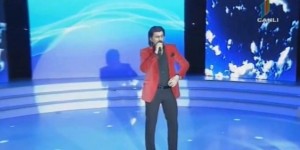 Last year’s host country, Azerbaijan, started its "long term" national final called Milli Seçim Turu on the road to Malmö. As well as in previous years, the participants in the first heat showed their skills in different music styles during the past week on İçtimai TV with Vüqar Muradov winning the first ticket to the… Read more

After announcing the number of participants at the Festival i Këngës, Albanian public broadcaster RTSH revealed the running order of both semi-finals on the road to Malmö 2013. Former representatives, Kejsi Tola and Anjeza Shahini are fortunately placed in different semi-finals. This year, Festival i Këngës, a well-established competition in Albania which has also decided… Read more 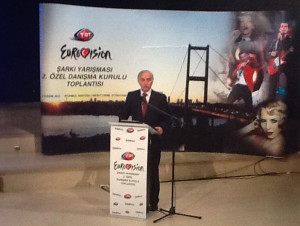 Today a special meeting with an advisory board was held by the Turkish broadcaster. Each participant got the chance to tell their opinions and as such different strategies are in play for TRT to select their representative for the 2013 Eurovision Song Contest. As previsouly mentioned TRT’s newest strategy for the 2013 Eurovision Song Contest… Read more 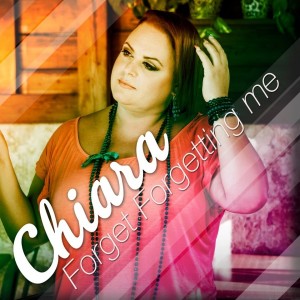 Veteran Maltese singer Chiara who had the honour of representing Malta three times at the Eurovision Song Contest,has released a single, Forget Forgetting Me. Surprisingly for her fans, Chiara is back with a new outfit, also with a covered uptempo act which was performed by Paul Oscar previously. Maltese idol of Eurovision Song Contest, Chiara… Read more 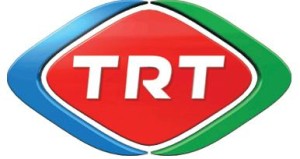 After the confirmation of participating at the 2013 Eurovision Song Contest, Turkish public broadcaster, scheduled its further working strategy. As it is planned to hold a special meeting with an advisory board in early november, the exact date and the names participating at the meeting is determined by the broadcaster. Turkey had a short dilemma… Read more 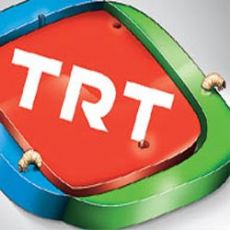 After TRT’s general director, Ibrahim Sahin’s statements regarding a possible withdrawal for Turkey in relation to the 2013 Eurovision Song Contest they have now confirmed that they will participate after all. The Turkish broadcasting cooperation will start its preparations in early November. Fans in Turkey, who had already been trying to speculate about who would… Read more 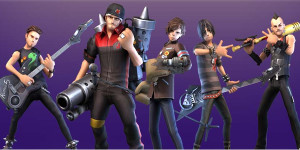 After releasing an interactive album, e-acoustic, former Turkish Eurovision representatives, maNga, are ready for another interactive story. The rock group will take part in a videogame called ZombieRock. In a stage of the game, there’s a maNga zone and characters of the members of maNga will be found at the zone. The famous Turkish group,… Read more

Ferman Akgül, the leadsinger of former Turkish representatives maNga, has given his fans a suprise. Ferman announced that he is working on a new project with Turkish broadcaster TRT in the form of a musical documentary. Cinema and directing have previously played a major part in Akgül’s career. Not many people were aware of the talents of the members in… Read more 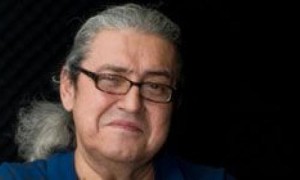 Very famous Turkish musician, composer and orchestra chef, Buğra Uğur, whose songs represented Turkey at the Eurovision Song Contest in the 80s, has passed away at the age of 53 due to a  heart attack. Tragically, his latest interview was about the contest, showing the bitter part of it in the 80s. Buğra Uğur’s career… Read more 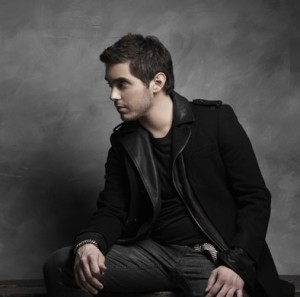 Former Cypriot representative, Michalis Hatzigiannis, has released a summer single in English for his fans all over the world titled We Own The World Tonight. Michalis has had a well respected career and is still considered one of the biggest stars in Greece and Cyprus. Michalis Hatzigiannis finished 11 at the 1998 Eurovision song Contest in Ireland… Read more 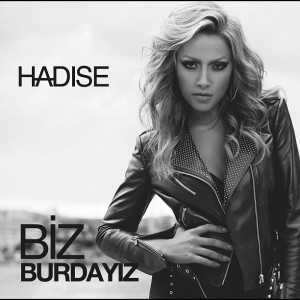 Former Turkish representative Hadise released her newest single in Turkish entitled Biz Buradayız in time for summer 2012. The CD includes a song with different remixes in various languages. Meanwhile the single can already be found in stores and the package includes some suprises for her fans.  Turkey had very high hopes in the hands… Read more 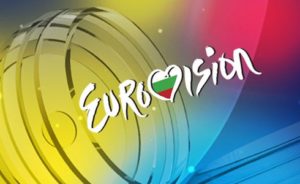 Bulgaria is one of the countries that has been sticking in the semi-finals at the Eurovision Song Contest for a long time. Therefore, Bulgarian broadcaster BNT with cooperation of OGAE Bulgaria decided to make an international survey for a better participation in Sweden 2013. Bulgaria firstly joint to the family of Eurovision Song Contest in… Read more 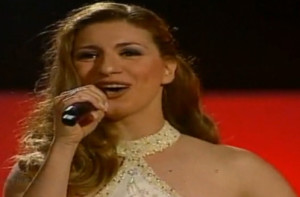 Former representative, Pınar Ayhan is in preparation for her debut album that will be entitled ‘Duyuyor musun?’ after twelve years of her participation in Eurovision. The album contains nine tracks and the first video promo was recorded to the new version of her participating song Yorgunum Anla. Pınar Ayhan had given life to a baby… Read more 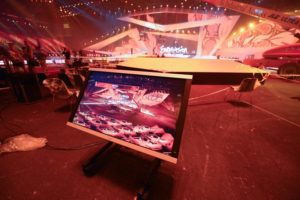 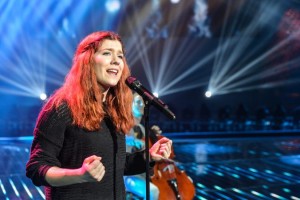 Finland hope to reach the final of the Eurovision Song Contest with Pernilla’s När Jag Blundar (When I Close My Eyes) in Baku this year. She started her second rehearsal hoping the background LED image would be changed. So did that happen? Due to delays on the schedule of rehearsals in Crystal Hall today, Pernilla Karlsson… Read more 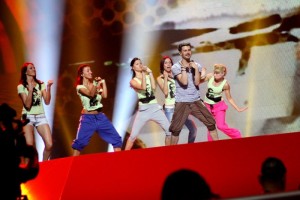 Moldova has had great success in qualifying to the finals at the Eurovision Song Contest only failing once in their history. This year, they want to continue their aim with Pasha Parfeny in Baku too. Will Pasha’s trumphet make it to the final with Lăutar this year? Today’s rehearsal might give some of the answer.… Read more 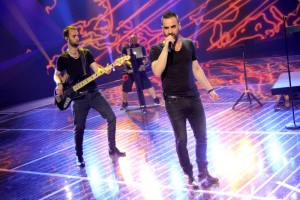 Hungarian representative Compact Disco was the sixth participant rehearsing at the stage today. The boyband had no special chareography or special effects, but still sounded just like it should for this song with rock elements. Last year Hungary qualified for the final with Kati Wolf for the first time since the 2007 Eurovision Song Contest.… Read more 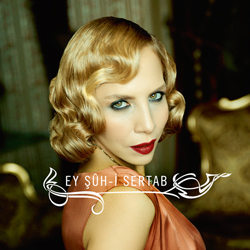 The only Turkish winner, Sertab Erener, has released a new album called Ey Şûh-i Sertab, two years after her previous album, Rengarenk. Sertab got her name from her father after he had heard the song Ey Şûh-i Sertab which is also the name of the album. It is a Turkish Classical Music album in a markedly different… Read more