Today it was up to the televoters to choose Romania’s representative for the upcoming Eurovision Song Contest, after a professional jury selected the finalists. It will be Ilinca ft. Alex Florea with the song Yodel It! that will represent Romania at the contest in Kyiv, Ukraine.

Ten acts competed in Romania’s national final today, in order to get the opportunity of representing the country in Ukraine. Just like in last year’s Selecția Națională, it was completely up to the televoters at home to determine the winner of the night.

The ten acts competed in the following running order:

The fulll televoting results of Selecția Națională 2017 is as follows: 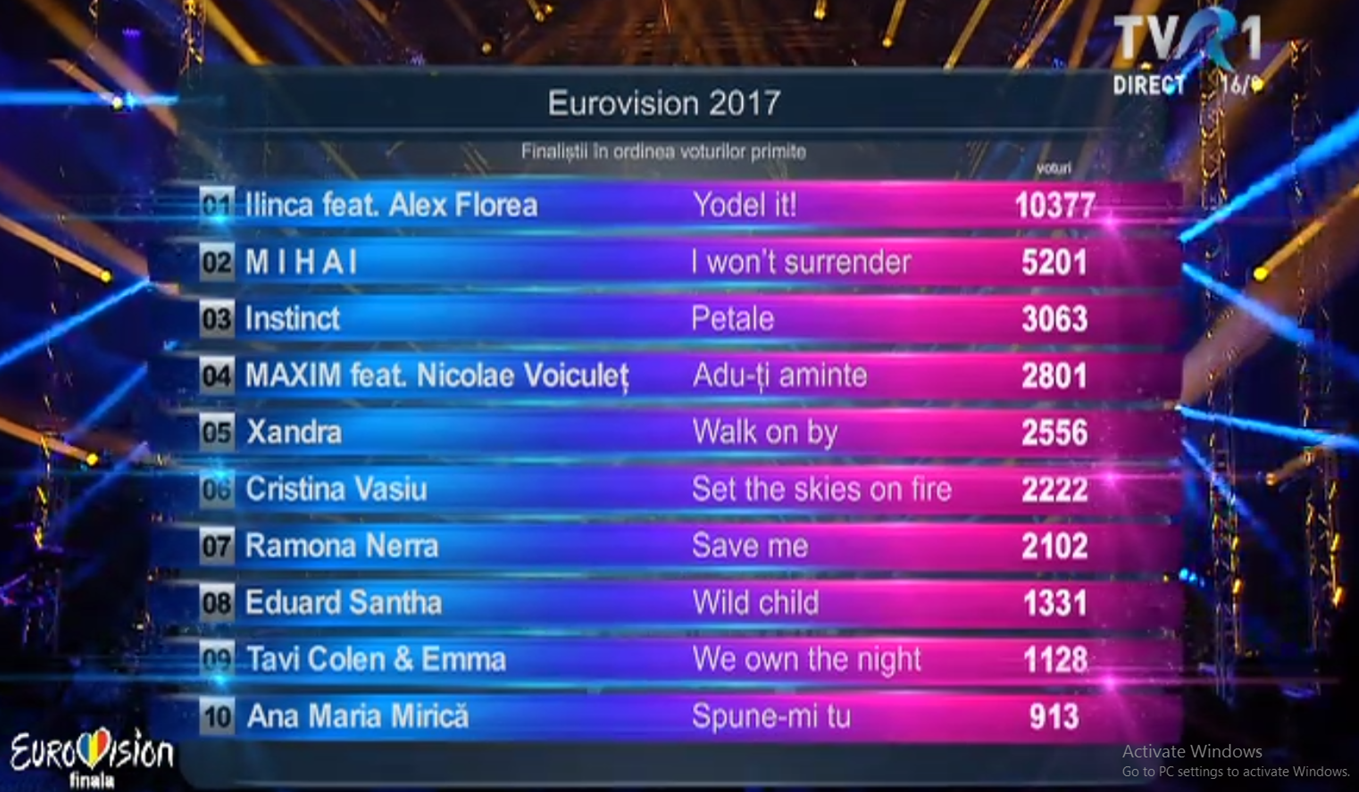