Kiev and Odessa are the two cities left in the host bidding race, and in recent days officials from both sides have been engaged in a verbal war against the opponent city to prove that the proposal of their own city is better. After numerous delays, a decision is expected soon.

While the decision was postponed to somewhere in September, hopefully this week, officials of both cities further polarised the confrontational climate with their statements. They don’t shy away from unorthodox arguments in order to convince the organising committee of the Ukrainian public broadcaster, NTU, that their city is the right choice.

The beginning in this peculiar war of impressions and communication was made on Sunday in a common press conference of the governor and the mayor of Odessa. Mikheil Saakashvili and Gennadiy Trukhanov respectively in a rare joint appearance, after coming from different political parties, wanted to reply to the vile propaganda (as marked) made against the candidacy of Odessa, from various centers that have unique aim to give victory and the organization of Eurovision 2017 in Kyiv. 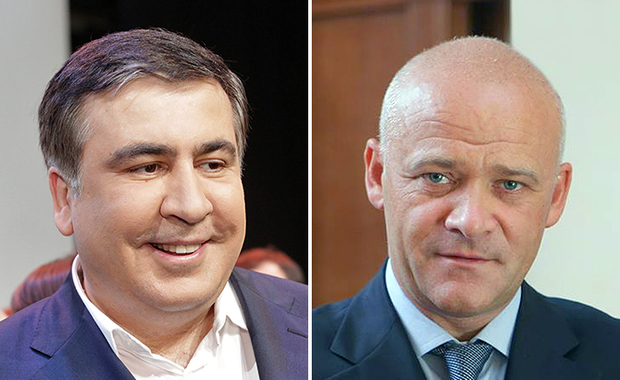 Mikheil Saakashvili said in his speech:

These days against us is organized shameless false propaganda. 90% of what circulates about Odessa is a blatant lie. Some lobbying companies were hired, who spread lies about Odessa in order to help Kyiv to get the Eurovision…They are saying that in Odessa there is a lack of the transport infrastructure. Despite the fact that off Odessa was taken away 30% of passenger traffic that was connecting it to Russia, still Odessa airport demonstrated 10% growth. Odessa airport now reached second place in Ukraine, passing Zhulyany and begins to approach level of Boryspil. In Odessa are coming a lot of new airlines, and we’ve received assurance that in March next year will be opened new airport terminal in Odessa. There are no issues with transport in Odessa…The second issue which is used in propaganda against Odessa is that some people are saying that it is safe in Kyiv and unsafe in Odessa. This is complete nonsense. I am absolutely not happy that there have been several big terrorist attacks and killings in the past year in Kyiv, including killing of journalist Pavel Sheremet. While, at least since I started working, in the city of Odessa there has not been a single serious act of terrorism, or any security problems. So, just on the contrary, it is much more dangerous in Kyiv than in Odessa. And this propaganda against Odessa – it is not very nice…Third. The Eurovision venue. It is Exhibition Center proposed in Kyiv. I spoke at this venue in December. There are just empty halls, there are no dressing rooms, which are necessary for the artists, there is no equipped press-center. And Chernomorets stadium has everything. I can not even compare Chernomorets facilities with the Exhibition Center ones…For how long can everyone ignore Odessa? Odessa has not been given matches of Euro 2012, or of Eurobasket, and now it can be left without ESC. Odessa is the center of Ukrainian culture and music. You can not take it away from the role of Odessa.In the end, Jamala is from Crimea, so at the south and at the sea contest should be organised. Therefore, we have joined forces in order to explain to everyone that the contest should be in Odessa.

All the speculation that Odessa has no experience, that in Odessa there are unrests – this is falsification, manipulation, it is not quite nice, it is unsportsmanlike. Security has been stable in Odessa for the last three years. We have everything needed to host the Eurovision…We can safely say that in Odessa for the Eurovision there will be a million of volunteers, because each citizen of Odessa can be considered a volunteer, because everyone is waiting for Odessa to host this cultural event. Odessa is worthy of this cultural event…With regards to the airport – we conduct ongoing monitoring work. We are preparing for the end of the civil works in the month of September. Each week we will monitor the status of works, will be visiting the facility. As for the Arena – we have invited world’s leading companies from Switzerland and Germany, who have experience of covering of the biggest stadiums of the world, we have already completed the project, and we presented it to the members of the organizing committee. We give a guarantee on the complete readiness of the arena and the roof in the month of March…With regard to the financial guarantees: we sent to the members of the organizing committee all the documents, which show the financial viability of the city of Odessa. The budgetary decentralization, which is taking place today in Ukraine, has enabled us to significantly exceed figures of profit. Today, there are temporarily free money on the deposits, we have stock, of what we have informed the organizing committee members… We hope that common sense of everyone, on whom the decision depends, will not get around Odessa once again, as it happened in 2012 and 2015.

As expected the mayor of Kiev Vitali Klitschko did not miss the chance and raised his glove, answering to his colleagues with a strict way in his personal blog as you read below: 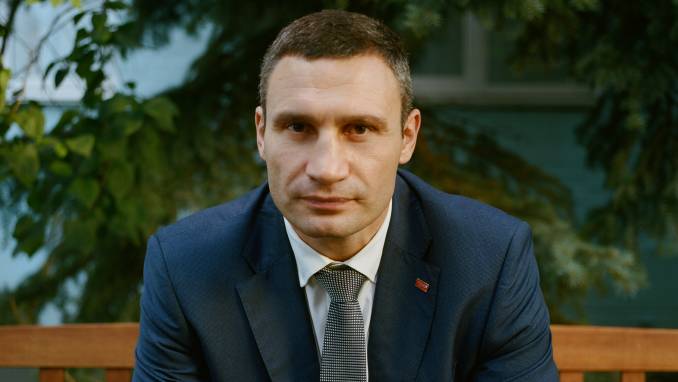 How can the country become successful and implement all the necessary changes, even if the decisions in the respect of cultural events are being taken “under the carpet”, “under the table”, in a silent, long and non-transparent way…My friend Mikheil Saakashvili said, for example, that against Odessa as a candidate city to host Eurovision next year is used “insane propaganda”. From my side I can say that I have the impression that everything is being done today so that Kyiv doesn’t become the city, which will host the Song Contest. This is why, in my opinion, the announcement of the host city has been delayed already for a month time. Although, objectively judging, Kyiv has been the most consistent with the requirements formulated by the European Broadcasting Union (EBU). These criteria, I stress, are clearly defined in all areas. So why in such a situation Organization Committee on preparation and hosting of the Eurovision Song Contest 2017 doesn’t stop whipping up passions and doesn’t eliminate the political flavour from the cultural events?…In fact, everything is simple, if you do everything transparently. Why to create a situation in which the country’s image may suffer? When talent and sincerity competed in an honest way, Jamala has brought the victory to Ukraine. And when officials started dealing with the things, they brought it to the risk of neutralizing of all positive elements, those that we got through the victory of Jamala, and the ones that we can multiply by organizing Eurovision in Ukraine on the worthy level. Therefore, no games are worth the reputation of the country!

Members of the parliament in favor of Odessa’s candidacy 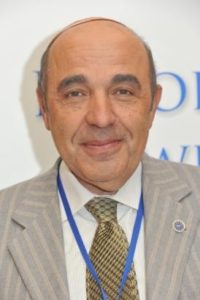 In the meanwhile talking to News One channel, Vadim Rabinovich who is businessman, president of the Center political party “Za zhittya” stated that Odessa is the only city in Ukraine, which can host the Eurovision Song Contest 2017 and not fall face in the dirt in front of the European viewers. He, along with several other members of Parliament, has submitted a letter addressed to the Prime-Minister of Ukraine, Volodymyr Groisman, with the demand to give Odessa the right to host Eurovision 2017, otherwise none of the signatories will support and vote for any law proposed by the government.

As long as we don’t have the announcement of the city that will ultimately host the next year’s contest, this brown-wrestling won’t stop. So which city do you think will host Eurovision Song Contest 2017, experienced Kyiv or ambitious Odessa?