Last year the Danish entries leaked as stores put the physical CD up for sale a few days before the announcement. Today the 10 songs for the 2016 national selection turned up on Spotify weeks before the broadcaster planned to present the acts competing.

The full album containing the 10 songs competing in the Danish national selection, Melodi Grand Prix, are now online as the streaming service Spotify revealed them today:

DR’s Head of Entertainment, Jan Lagermand Lundme, says that the songs were leaked the record company Sony accidently wrote 2015 instead of 2016 when entering the songs and as such the system at Spotify automatically assumed it to be last year’s entries and as such they were released.

The songs were to be released on the 28th of January, and the Danish final will be held on the 12th of February.

You should be able to listen to the full version of all ten songs on Spotify.(Only confirmed to work for Scandinavia). 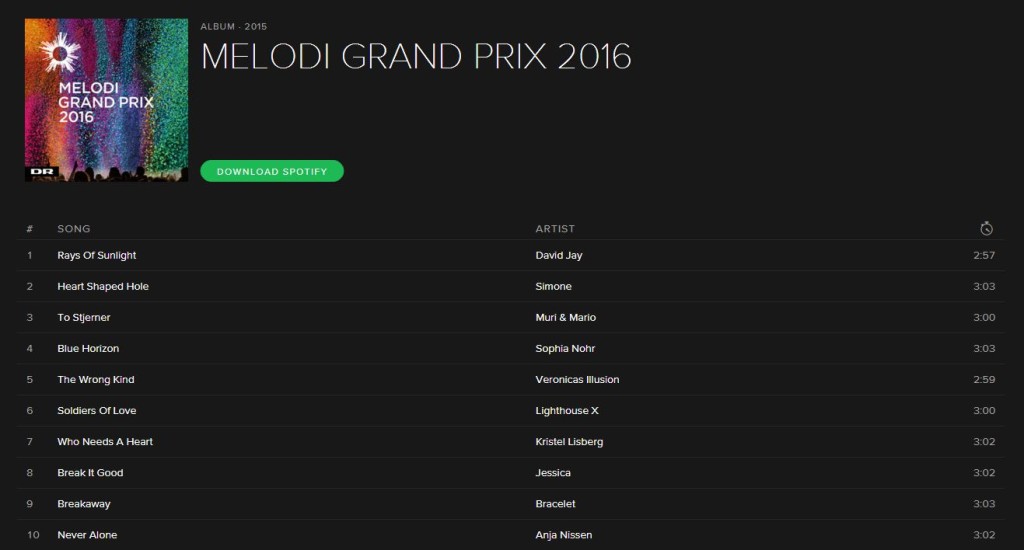