Three more profile videos have been released about the 2016 Eurovision Song Contest participants. Why not take a moment to get to know them a little bit better and test your knowledge with our EuroVisionary quizzes!

The official YouTube channel for Eurovision have recently released three more profile videos. It’s now time for Ivan from Belarus, Sanja Vučić ZAA from Serbia and Argo from Greece to tell you a little bit more about them.

First is Ivan who is representing Belarus at this year’s Eurovision Song Contest with the song Help You Fly.

In his profile video, he speaks about how he grew up in a family of musicians, his involvment in a talent show and winning a producer’s choice awards which resulted in him participating in the Eurovision Song Contest.

Ivan will perform fifth in the second semi-final of the Eurovision Song Contest on May 12th 2016.

Which former Eurovision entry was written by the same composer as who wrote IVAN’s entry? Check the answer in this quiz. 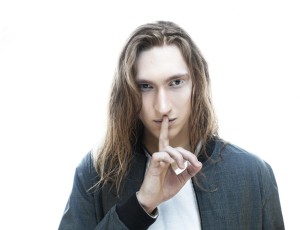 Next is Sanja Vučić ZAA form Serbia. ZAA starts the video with an a capella version of hers Eurovision song Goodbye (Shelter).

ZAA also speaks about her band and the fact that she speaks multiple languages. She also explains the context of her song Goodbye (Shelter) as it tackles the issue of abuse on women.

ZAA will perform sixth in the second semi-final of the Eurovision Song Contest on May 12th 2016.

How many languages do the Serbian participant speaks fluently? Take the quiz to brag about your knowledge!

Finally we meet Argo, the Greek representatives. Argo brings Utopian Land to this year’s Eurovision Song Contest. In the video they speak about their response to represent their country at the contest and how the song representing coming together just like this year’s tag line .

Argo will perform second on the first semi-final of the Eurovision Song Contest, on May 10th 2016.

Argo combines tradition Pontic music with which kind of music? Test your knowledge in this quiz. 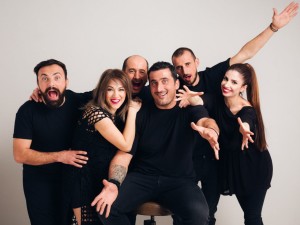