After a lot of delays the city that will host Eurovision Song Contest 2017 will be announced next week, NTU revealed today. The main problem of the three bidding cities remain the venue, as none of them has an appropriate arena to host the contest at the moment.

The Ukrainian city, which will host the Eurovision Song Contest 2017 will be determined no later than next week, Deputy Director General of NTU Olexander Kharebin told “Information Morning” on Channel 5.

According to Kharebin, all bidding cities have both advantages and disadvantages. The biggest issue is that “Ukraine at this moment practically has no single Arena which is ready to host the contest straight away”. Kharebin also outlined the basic problems the three candidate cities still faces. 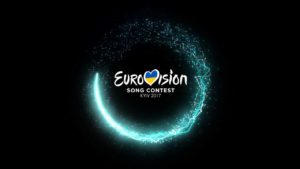 Speaking of the proposed options in the capital of Ukraine, Kharebin noted that the organizers have doubts that the Sports Palace is able to host the Eurovision Song Contest 2017 on the adequate technical level. As the main advantage of the other option offered by Kyiv, International Exhibition Center, Kharebin has noted 25-meter ceiling, which will allow to create a high-quality stage and locate all necessary lighting and sound equipment. However, there still are several unspecified questions to this location as well.

In Dnipro the issue with Meteor Stadium is the renovations to be completed in time. However, the city has already provided necessary guarantee that it will raise 18 million € for financing of the project and Meteor will be completely ready by mid-March. The main problem of Dnipro, according to Kharebin is lack of hotel rooms, and there are doubts if the proposed solution to accommodate guests on cruise ships will be approved by the EBU. 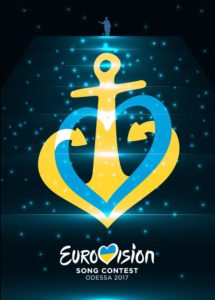 Odessa becomes a favourite day by day. As the advantages of Odessa, Kharebin has named the sea, the atmosphere, the hotels, and a great desire of the city authorities, however, the biggest issue remains the cover of the roof of the Chernomorets stadium. Proposed solution is the project of the world-known Swiss company, which is trusted by EBU, and Odessa also guaranteed provision of 5.5 million Euros for this task. After the completion of the works and placement of the stage, the overall seating of the stadium may be around 20.000. Currently, organisers await from Odessa detailed technical calculations and guarantee that the works on the Arena will be completed in time.

Explains for the delay of the host city announcement

Kharebin explained that the delay in the city announcement is connected with the fact that EBU has asked Ukraine to provide financial guarantee in the amount of 15 million € which had to be transferred to EBU bank accounts. This is something new in the Eurovision practices, but EBU has insisted on it due to the complications during preparations for the 2005 contest in the country.

At the same time the budget of the contest itself will be created from the contribution of the hosting city – 5 million Euros, the allocation of which was already guaranteed by all of the candidate cities, as well as payments of sponsors and advertising revenue, and participation fees from the other countries, which however will be made available to Ukraine only after the end of the competition, so according to Kharebin, it will be necessary to allocate another portion from the stage budget to the organization of about 5 – 10 million €.

Olexander Kharebin ended by saying “We do not aim to show what a great country we are. We are not Russia, we are not Azerbaijan, who spent tens of millions. We want to show that we can do everything very well, paying attention to the television picture first of all.”

You can watch Kharebin’s interview to TV 5 in the video below (it’s in Ukrainian):