Six cities were in the race to host next year’s Eurovision Song Contest after Jamala’s victory for Ukraine in Stockholm. Kyiv, Lviv, Dnipro, Odessa, Kharkiv and Kherson presented their nominations and today the Ukrainian broadcaster announced the three finalists from which, along with the EBU, they will make the final decision on 27th July.

Instead of two finalists as it was supposed to be, NTU announced three. Kyiv, Dnipro and Odessa will give the final fight to host next year’s Eurovision Song Contest. A special televised debate on NTU took place two days ago where a representative of each of the cities tried to convince the Organizing Committee of Eurovision 2017 why their city should be selected for the contest.

The three cities that were selected by NTU together with the EBU are Kyiv, Dnipro and Odessa. One of them will have the honor to host the 62nd Eurovision Song Contest in May 2017 and welcome thousands of delegates, journalists and fans. Let’s take a look at the three cities and evaluate their advantages and disadvantages. 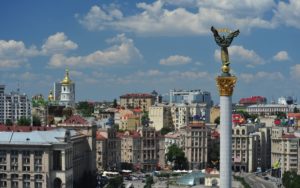 Kyiv is the capital and largest city of Ukraine, located in the north central part of the country on the Dnieper River. Kyiv has a population of about three million people. The proposed venue is the Palace of Sports, with a capacity of 9,800. They hosted there the Eurovision Song Contest 2005 and Junior Eurovision 2009. The main problem is that it needs major renovation. Another issue is that the World Ice Hockey championships will be held during May in the Palace of Sports. Another venue, the NSC Olympiyskiy stadium will host EuroClub and the press center while the Eurovision Village will feature all regions of Ukraine and be in Troiska Square near the NSC Olympiyskiy. All these three locations are very close. The Red Carpet will take place at Sofiyska Square. The closing party will be at the museum complex Mystetskyi Arsenal. 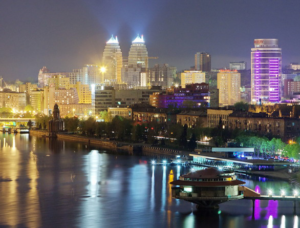 Dnipro is Ukraine’s fourth largest city, with about one million inhabitants. It is 391 kilometres south-east of the capital Kiev on the Dnieper River, in the south-central part of Ukraine. Dnipro’s proposal was the most political, as it had the motto ‘Dnipro, a city that stopped the Russian spring’. The Dnipro EuroArena or just Meteor (capacity of 9,500) is the proposed arena for Dnipro. The press center and Euroclub would be nearby the Meteor complex whereas the Eurovision Village in the city center at Heroes of Maiden Square. The second fan zone would possibly be on Festival Pier. 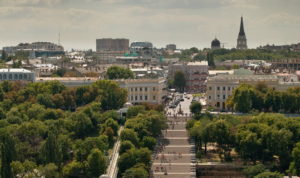 Odessa is an international city in Ukraine and a major seaport and transportation hub located on the north-western shore of the Black Sea. Odessa is the third most populous city in Ukraine with a population of one million inhabitants. It is alternatively known as the ‘pearl of the Black Sea’, or ‘Southern Palmyra’. The Chernomorets stadium (capacity 34,000) is Odessa’s proposal for the arena of the contest. The main problem is that it needs to have a roof built like Parken Stadium in Copenhagen in 2001. The Red Carpet will be at the impressive Opera Theater or the Arcadia Alley that leads to the Black Sea. There are three EuroClub options: the Quarantine arcade, the Green Theater in Central Park and Spartak Stadium. All are open-air. Eurovision Village options are Central Park and Primorskiy Boulevard. A possible selection of Odessa could be taken to be Ukraine’s answer to Russia deciding to hold its Junior Eurovision national selection in neighbouring Crimea this year.

All three cities have airports, of course Kyiv has better connections being the capital city. Hotel capacity is deemed satisfactory for Kyiv and Odessa. Dnipro is in a totally Russian speaking territory, while Odessa is close to Crimea, something that might be a problem. Kyiv is the hot favourite to host Eurovision 2017 as things stand now. Odessa is the closest challenger to Kyiv, especially after Jamala’s expressed preference for it. Dnipro surprised many, but its new arena, which is currently under construction may have helped the city to qualify to the final shortlist.

The winner will be announced on July 27, after officials from the EBU and NTU visit each of the three finalist cities.