Montenegro, Georgia and Latvia. None of them have qualified for the final for at least three years in a row. It’s beginning to look really bad for them, and the broadcasters must ask the question: Can we do anything to improve the results?

It’s possible to come out of a long non qualifying streak, but it is difficult. This year, Icelandic Hatari ended a four year long period of not reaching the Eurovision final. North Macedonia reached the final after six years out. Many probably also still remember how Anouk in 2013 made it for the Netherlands after 8 years being kicked out in the semi-finals.

Hard work, and very often a new approach to things is needed to come out of the dark and into the light of the final. When you have been out many years in a row, you simply need to ask yourself: Are we doing the right thing? Are we just unlucky or can we do more to improve our results? 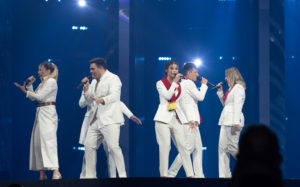 Despite being vocally quite good, D mol failed to reach the final. The song was perhaps a bit outdated, and the performance could have been better – much better.

It is hard to be six people, who all need equal space, on stage – and that Montenegro didn’t find a good way to solve. Them all dressed in white didn’t help either. It looked more like a dentist advert and it was hard as viewer to connect to the band.

The song Heaven finished second to last in the semi-final. The had been chosen for Eurovision after winning their national final where five acts competed. Unfortunately none of the five acts really stood out, and D mol won an easy victory.

Montenegro last reached the final in 2015 where Knez represented the country. His song Adio had the typical Balkan sound many of us loves. It was very well performed on stage, and no matter if you understood the lyrics or not, you felt the song under your skin. 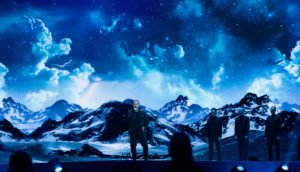 Oto Nemsadze has a strong voice, no doubt about that. The staging also looked really good. What probably went wrong, was that the song was too easy to forget. It was hard to relate to. After the three minutes performance, another act came on stage, and poor Oto was forgotten. Also, an English title usually doesn’t help you, if the song isn’t in English too.

Geogia last reached the final in 2016 where Nika Kocharov & Young Georgian Lolitaz represented the country. Their song Midnight Gold stood out. What you saw was what you got, and they connected to the song so you felt it was theirs. 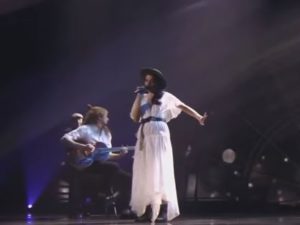 At the 2019 Eurovision Song Contest Semi-final 2

Carousel did bring a song, which stood out. One was able to remember it – but this kind of song doesn’t have a broad appeal. They came on stage between a strong Swiss entry and a Romanian one pretty much in the same style as the Latvian entry – and furthermore they were in the semi-final which most considered the toughest one of the two. In the first semi-final, Latvia might have qualified, but they were never to do in the second one – in particular not with Romania in the same one. Those two probably “stole” some votes from each other with the result that none of them made it.

The group was chosen via the strong Supernova selection. They were a top contender to win after winning first their semi-final.

Latvia last reached the final in 2016 where Justs represented the country. His song Heartbeat appealed to the masses. It was strong performed and you could feel the energy he put into the song.