Austria, Belgium and Georgia all had their profile videos featured on the Eurovision YouTube channel this week. Let’s find out more about Zoë, Laura Tesoro and Nika Kocharov and the Young Georgia Lolitaz.

We are now only four weeks away to finding out who will be the winner of this year’s Eurovision Song Contest. In the meantime, the Eurovision YouTube channel has been featuring some video profiles on the different artists competing this year. We previously talked about Germany, Latvia and Australia, and last week was Belarus, Serbia and Greece.

Zoë is from Austria and in her profile video, discuss the meaning behind the her song Loin d’ici. She also explains how she decided to start singing in French because her grand parents were living in France for years. Zoë also talks about participating in contests when she was younger and about her experience and ambitions in acting.

Zoë will perform 12th in the first semi-final of the 2016 Eurovision Song Contest on May 10th.

Why don’t you test your knowledge about Zoë and take our quiz about her and check out her profile video below:

Which Beatles music video was the inspiration for the Loin D’Ici music video? Check if you answered correctly in this quiz about ZOË.

Laura Tesoro is representing Belgium at this year’s Eurovision Song Contest with her song What’s The Pressure. She will be performing 19th in the second semi-final on May 12th.

In her very short profile video, Laura invites you, the viewer, to vote for Belgium and to vote for her.

Why don’t you test your knowledge of Laura with our quiz below and check out her profile video.

What does Laura carry around for luck? Check your knowledge about her in this quiz. 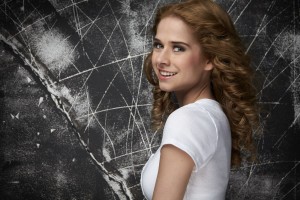 Nika Kocharov and the Young Georgian Lolitaz is representing Georgia this year with the song Midnight Gold. They will perform their song 17th in the second semi-final on May 12th.

In the video, Nika talks about the fact that their band was formed 15 years ago when they were just kids, and every members of the band have been successful in various solo projects, however they decided to get back together now to participate in the contest.

Why don’t you test your knowledge on Nika Kocharov and the Young Georgian Lolitaz in our quiz below and check out the band’s profile video.

With which group did Nika Kocharov debut on stage? Take this quiz to test your knowledge about the 2016 Georgian act. 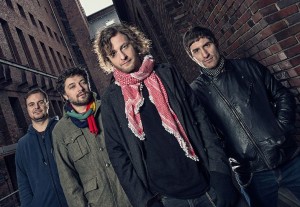