It appears like Danica Krstić will represent Serbia at the 2017 Eurovision Song Contest by a song composed by Vladimir Grajić. The Serbian broadcaster hasn’t confirmed yet, but an Instagram post seems to point in that direction.

On Instagram today Mia Pijada posted a studio picture featuring Danica and Vladimir. They both re-posted their photo on their accounts, but what makes it interesting is that Mia included the hashtags #Eurovision #RTS #Team #Serbia. 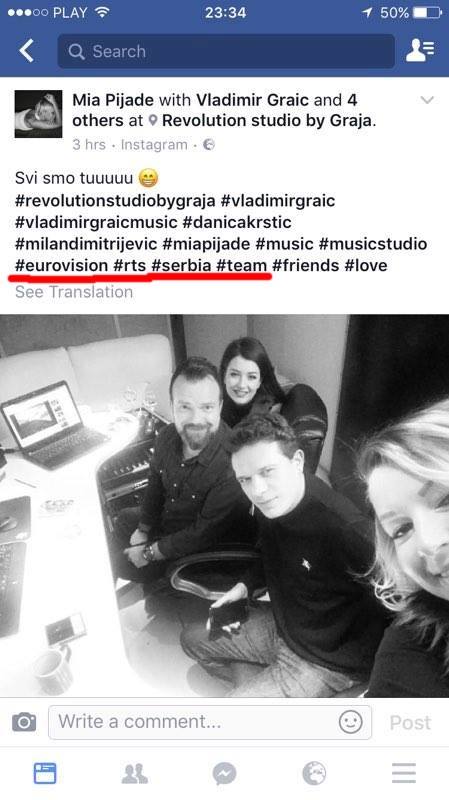 The way of selecting the representatives of Serbia at this year’s Eurovision Song Contest in Kiev has not been defined yet. After ” Radio Televizija Srbije ” makes the decision on who will form the Serbian team, you will be informed.

Danica Krstić is a young singer who participated at the Serbian national selection in 2015 with the song Suze Za Kraj .She made it to the final after winning a pre-selection for young talents. In the actual final she ended up a tied second place.

Vladimir Grajić is a famous composer who composed the song Molitva and won the Eurovision Song Contest in 2007 in Helsinki for Serbia. He also wrote the Slovenian entry in 2012 Verjamem and the Serbian entry in 2015. Vladimir composed two Junior Eurovision Song Contest entries also, the Montenegrin song in 2015 and last year’s Serbian entry in Malta.
In the video below you can watch Danica performing in the Serbian national final in 2015:
Tweet
Share