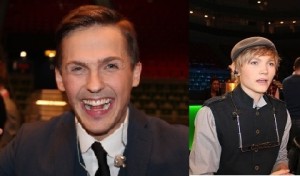 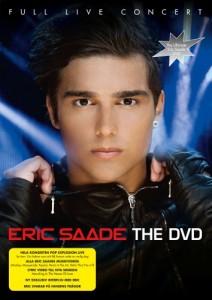 During a few weeks in March and April 2012 Eric Saade headed out on a nationwide tour in Sweden called Pop Expolosion. The last stop on the tour, Stockholm was filmed for SVT and aired on Swedish TV earlier this autumn. Today, this concert is released on a DVD, which also contains a lot of extra… Read more

When it comes to Melodifestivalen and Eurovision Song Contest I have always been proud to be a Swede. I’ve always associated it with pure joy. However, this year the joyful spirit doesn’t seem to appear. The feeling when the names of next year’s participants were revealed can easily be summed up with one word, disappointment.… Read more

After the success in the Swedish pre selection Melodifestivalen and Eurovision Song Contest, Loreen releases her much longed for debut album today titled Heal. She gives you 12 songs – of course including her 2012 Eurovision winner Euphoria. Despite what you may think, Loreen’s career didn’t start in Melodifestivlen. Loreen was first known to the… Read more 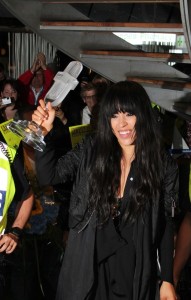 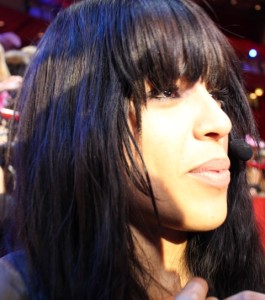 Over 4 000 000 Swedish viewers saw Loreen win Melodifestivalen 2012 on Saturday night. Sensational 2 053 432 viewers voted, only two times before the amount of votes in the final have been higher. Of the 2 053 432 votes, Loreen and Danny together got more than half of them. In the article you will… Read more 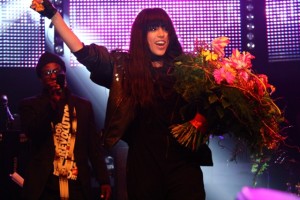 In this gallery you will find pictures from the final afterparty of Melodifestivalen 2012 which took place on March 10th in Stockholm. Read more 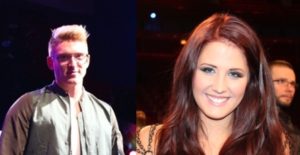 After the final of Melodifestivalen 2012 EuroVisionary managed to get a few words with runner up Danny Saucedo and Molly Sandén. Danny  How do you feel right now Danny? Disappointed and a bit down. You have been one of the favorites right from the start, but why do you think your song didn’t go all… Read more 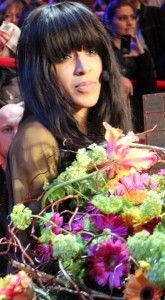 After six weeks, four semi finals and one second chance heat, tonight it was finally time to select who is going to defend the Swedish colours in Baku. Loreen has been the Swedish audience favorite right from the start and got the highest vote both from the juries and the Swedish viewers. The opening act After… Read more

After Friday nights dress rehearsal there were a press conference with all ten competing artists. EuroVisionary were able to get a few words with three of the artists to talk to them about their participation in Melodifestivalen and their expectations for Saturday’s final. Loreen  You have been ill during the week; does that affect you in any way? In… Read more 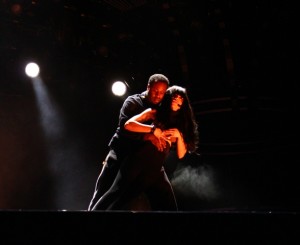 For the Swedish finalists this is the night before the big clash on saturday when Sweden’s going to select who is going to represent them in Baku in May. According to the Swedish newspapers, in theory, Sweden already have a winner. But do they really? After tonight’s rehearsal several acts still seems to be in the… Read more 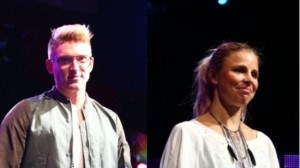 On Saturday, March 20th 2012 Sweden will select who is going to represent the country in Baku in May. Today, Thursday was the first time the artists rehearsed their act in the Globe arena. EuroVisionary managed to get a few words with Danny Saucedo and Lisa Miskovsky before the rehearsals started. Danny Can you tell me a… Read more 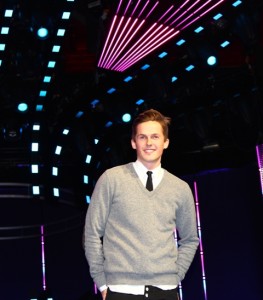 In this gallery you can see pictures from the Swedish finalists first day of rehearsals on stage in Stockholm. This image gallery will be updated throughout the whole day as the artists rehears. Read more 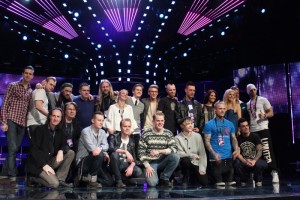 Today, Thursday, the Swedish finalists will rehearse on stage in the Globen arena for the first time. EuroVisionary is present and will provide you with the latest news of what happens during the rehearsals. This article will be updated throughout the whole day as the artists practice their performances. Song number 1: David Lindgren – Shout… Read more 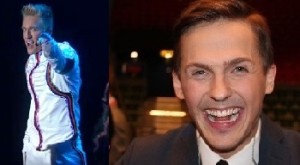 Tonight’s second chance heat completed the Swedish line up for the final of Melodifestivalen 2012. Directly after the broadcast, Swedish head of delegation Christer Björkman attended to the task of putting the running order of the final together. David Lindgren will open the final, and Danny will close it. There has been a lot of… Read more 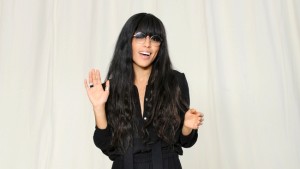 On Saturday night after the fourth semi final all of this years participating songs were released. 20 of the 32 songs went right into the list of the 50 most downloaded songs on iTunes. Among the top 10 songs in the list, 9 comes from Melodifestivalen. One of this year’s first finalists, Loreen has not one but three… Read more 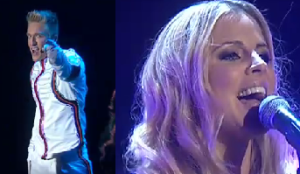 This week’s semi final were a battle between several of Sweden’s most loved artists but only two of them could go through to the final. The lucky one’s getting the desirable spots in the final were Lisa Miskovsky and Danny. Christer Sjögren and Lotta Engberg and Dynazty will have a new chance to qualify in next week’s second chance… Read more 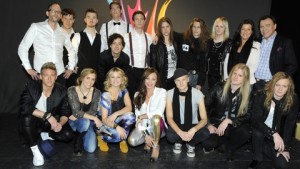 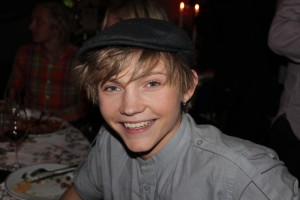 Gothenburg seem to be the city of sensations and 2012 are no exception to that rule. EuroVisionary attended the afterparty to see how the participants celebrated tonight’s winners. Read more

After month of preparations and days of rehearsals tonight it was finally time to select two more finalists in Sweden. It was an exciting battle between debutants like David Lindgren, Melodifestivalen veterans like Andreas Lundstedt and former sensations like Timoteij. The opening act  The show is opened by a recap reminding us about last week’s… Read more 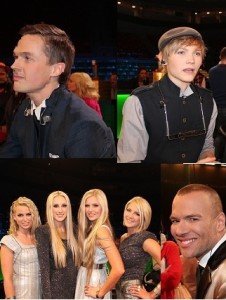 After yesterdays dress rehearsal EuroVisionary were able to meet with Andreas Lundstedt, Timoteij, Ulrik Munther and David Lindgren to ask them about the rehearsal and their participation in Melodifestivalen. Timoteij In 2010 when you participated you were quiet unknown to the Swedish viewers but you sailed right through to the final anyway. This time you are kind of favourites… Read more 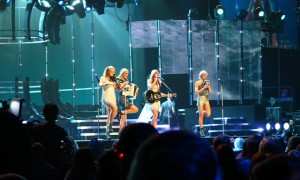 This week it’s time for eight more acts to compete for the two spots in the final in Ericsson Globe Arena on March 10th. This weeks line-up is more even than the one in Växjö last week therefore it’s much harder to predict the result. Judging by the audience response in the arena we can expect… Read more 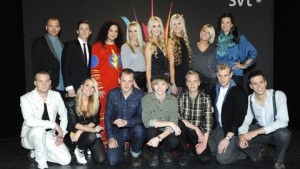 The search for a successor to Eric Saade continues on Saturday February 11th. Get to know the participants in the second Swedish heat. Song number 1:  Ulrik Munther – Soldiers Ulrik Munther is only 17 years old but already has a lot of experience as an artist. In 2009 he won Melodifestivalen for juniors only… Read more 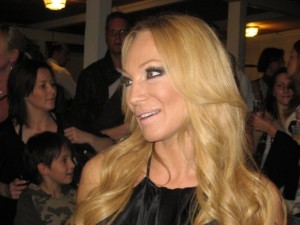 On February 4th the first Swedish semi final kicks off with debutant Sean Banan. The honour of closing the fourth semi final is veteran Danny Saucedo. This year, 14 of the 32 songs have Swedish lyrics which is an unusually high number. This is the running order for Melodifestivalen 2012:  Semi final 1 February 4th, Växjö 1.… Read more 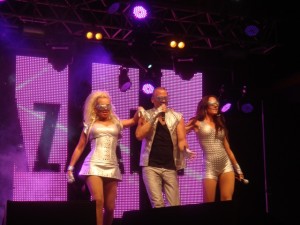 On Saturday Stockholm Pride organized a parade through Stockholm. Afterwards there was a party in Kungsträdgården in Stockholm with several performances from Swedish former Melodifestivalen participants like Shirley Clamp, Le Kid and Afrodite. Swedish group Alcazar who announced earlier this summer that they were going to split made their last public performance. Thousands of fans had… Read more 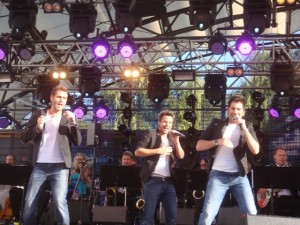