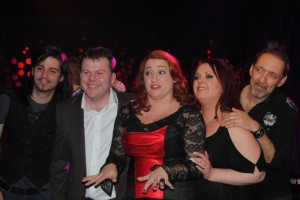 Niamh Kavanagh has already won the Eurovision Song Contest once, now 17 years after her first win she’s going to try it again for Ireland. She talks to us about her song, her plans for Oslo and her memories of the 1993 contest in Milstreet.       Read more 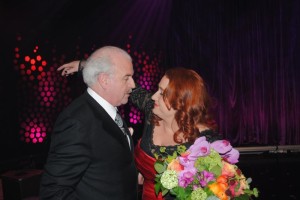 Marty Whelan has commentated on the Eurovision Song Contest for RTÉ since Pat Kenny left the role after the 1999 contest. He spoke with EuroVisionary.com about his renewed enthusiam in Ireland’s Eurovision effort and he and Terry Wogan sneaking Baileys into their commentator’s boxes.           Read more 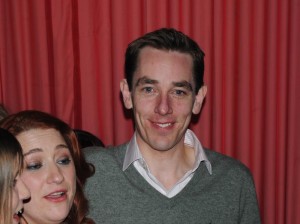 Ryan Tubridy hosted his first Eurosong last night. He talked to us about his thoughts on taking over the Late Late Show, Ireland’s 2010 entry and the national final that chose it.         Read more 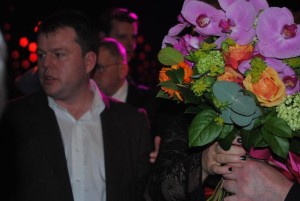 Niall Mooney and Jonas Gladnikoff won the Irish national final, Eurosong, for the second year in a row last night. We caught up with Niall at after the show to get his feelings on this year’s entry and what they’ve learnt from last year.           Read more 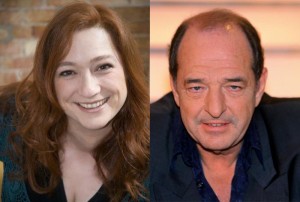 Eurosong 2010 will take place tonight at RTÉ studios in Donnybrook in Dublin. There are five songs that will fight it out to represent Ireland the the 2010 Eurovision Song Contest in Oslo. The songs got their first airing on RTÉ Radio One’s Mooney show yesterday. All five will be aired again today on the… Read more

RTÉ have announced the five finalists for Eurosong 2010 and among them are 1993 Eurovision Song Contest winner, Niamh Kavanagh and 1982 winning songwriter Ralph Siegel. The final will take place on March 5 as part of the Late Late Show on RTÉ 1. There was much speculation about the list of finalists before today… Read more 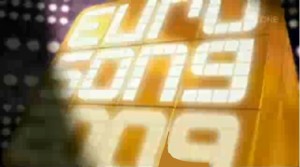 The deadline for submitting entries to RTÉ for Eurosong 2010, the Irish selection procedure, closed on February 1. The five-man jury, led by Linda Martin, are believed to have selected the lucky six finalists for the show on March 5.   RTÉ received approximately 300 songs for Eurosong 2010. Many well-known names are rumoured to be… Read more 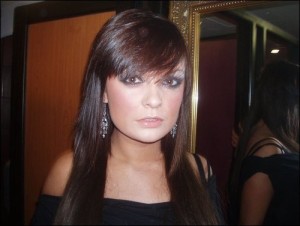 The woman herself, Sinéad Mulvey, took a few minutes to have a chat with us about her Eurosong win on Friday night. She let us know how she felt, her hopes for Moscow and much, much more. How does it feel? It feels absolutely amazing. I’m over the moon. What were you thinking when you… Read more 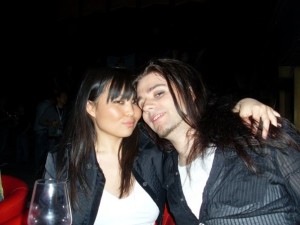 Sinéad Mulvey and Black Daisy will represent Ireland in the 2009 EUrovision Song Contest in Moscow. The four person songwriting team behind Et cetera include long time Eurovision fan Jonas Gladnikoff, we talked to the talented Swede to find out how he feels about the win. So, how are you feeling now, you’ve just won… Read more 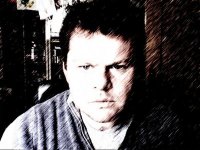 Last night’s Irish final saw Sinéad Mulvey and Black Daisy get the Irish ticket to Moscow, but who is behind the song? We talked to Irishman Niall Mooney to find out a bit more about the songwriting team of Et cetera. How does it feel to have won? It hasn’t really sunk in, but this… Read more 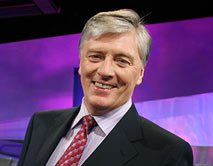 Last night, after all the excitement of the voting in the Irish national final, we spoke to 1988 Eurovision host, Pat Kenny. He told us about his experience of the contest that year, what he thought of last night’s songs and his view on the return of the jury to the contest. Are you happy… Read more 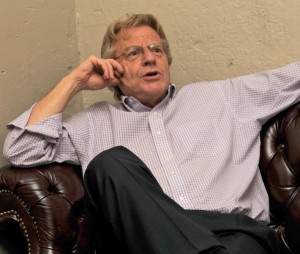 RTE pulled off a coup last year in managing to be the only broadcaster to lure 2007 winner, Marija Serifovic to their national final in 2008. They’ve managed a similarly big name star to join the judging panel this year. Jerry Springer will be part of the three person expert panel in Eurosong 2009. Springer… Read more

It’s been a whirlwind ride for the teams behind the six Irish finalists that were revealed yesterday. They will battle it out for the coveted spot in Moscow, in May, and for several of them, it’s far from their first attempt. The six finalists announced today are: 1. M.N.A., Flying (composed by Ronan McCormack) 2.… Read more

RTÉ has received 300 entries for Eurosong 2009, which is to be held in RTÉ studios on Friday, February 20th. The show will be part of the long-running chat show, The Late Late Show, hosted by 1988 Eurovision host, Pat Kenny. The jury charged with selecting the songs has already managed to do so, only… Read more 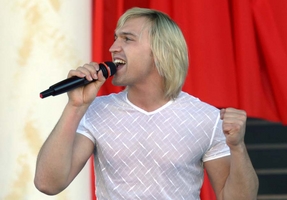 Petr Elfimov kindly took time out of his busy schedule to answer a few questions for us here at EuroVisionary.com. You can find out his views on Eurofest, Eurovision itself, Dmitry Koldun’s top ten finish in 2007 and much, much more. What does it mean to you to represent Belarus at the Eurovision Song Contest?… Read more 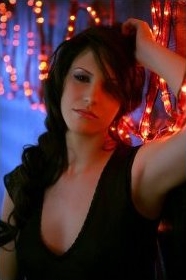 RTCG today announced that Andrea Demirović will be the artist to represent Montenegro in Moscow. The broadcaster also announced the song that she will sing, Just get out of my life. The song is the first Montenegrin entry to be sung in English. RTCG has made the mp3 file of the entry available to download… Read more 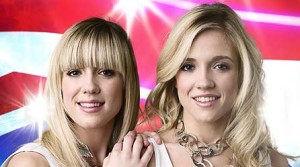 Francine and Nicola, the twins from BBC’s Eurovision selection show, may not be as innocent and sweet as we may have first thought. In an interview with the Mirror they told of their X-factor experience, being arrested at a football match and their plans to live together forever, literally. The girls fell foul of TV’s… Read more

The deadline for entries to TVP for Piosenka dla Europy 2009 has passed and a total of 89 songs have been submitted. A TVP jury will select seven of these songs to compete in the national final. Those seven songs and four ‘wildcard’ entries will compete for the ticket to Moscow on TVP on February… Read more 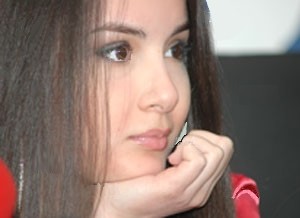 İTV have announced their choice of participant for the 2009 Eurovision Song Contest. Aysel Teymourzadeh will sing for Azerbaijan in Moscow this May. The 19-year-old was picked from 40 acts that audition on October 24 and 25 of last year. A seven member jury made up of prominent Azerbaijani music professionals. Ex-participants from TV talent… Read more

For the past couple of years now the Norsk Melodi Grand Prix has been my favourite national final. The widely varying songs and the real enthusiasm of the Norwegian people never cease to impress me. That’s partly why I was so happy to see Maria Haukaas Storeng do so well in Belgrade last year. The… Read more

James Hyland, one of the founders of Irish digital music channel Bubble hits, has made public his intention to form a four piece band for the Irish national selection, Eurosong 2009, due to be held on February 20th. James told herald.ie that he has been receiving advice from Louis Walsh, an X-factor judge and former… Read more 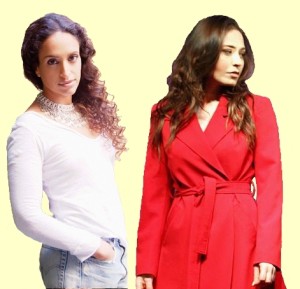 It will come as no surprise, given the current conflict in Gaza, that IBA’s announcement of Mira Awad, an Arab, as their choice for the Eurovision Song Contest is already being seen by many as a publicity stunt to detract attention. An open letter has been sent from several artists and intellectuals from the region.… Read more 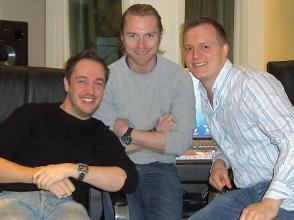 Ronan Keating’s entry for the 2009 Danish Eurovision Song Contest preselection, Believe Again, was written over a week in Dublin with the two Danes Lars Halvor Jensen and Martin M Larsson. The co-writers of the song, to be sung at Dansk Melodi Grand Prix by Niels Brinck, told the Irish Independent that the former Eurovision… Read more 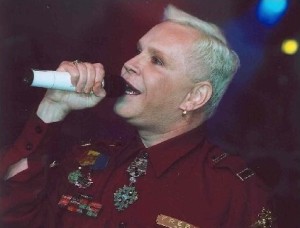 The first openly gay singer in Russia has announced that he intends to try to represent his country at the Eurovision Song Contest. Boris Moiseyev even has a song in mind for his Eurovision bid. Boris has decided that ‘Bambina’ will be his song of choice. "I meet a bambina [little girl] and told her… Read more

I always get excited at the prospect of the forthcoming Eurovision at about this time every year. I usually try to suppress it, but it never works! It’s hard not to get excited when you hear that Diane Warren will pen the UK entry. I can’t exactly pin it down, but there’s a very 90s… Read more

The new official Eurovision site is now online. It has been slimmed down with lighter emphasis on the visiual element and more of a focus on the content. In one of the first article published on the new site, they say they took into account all views expressed to them about improvements to the site… Read more