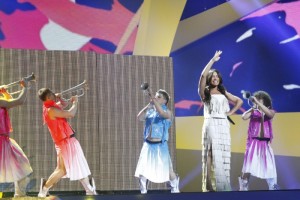 Today the Ukrainian team had their second rehearsal on stage in Baku. Will Gaitana be able to make it to the final with her hymn to the European Championship in soccor this summer? The performance starts with two pair of screens acting like two sliding doors opening. And Gaitana is coming out as a person… Read more 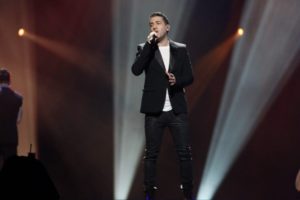 Serbia had their second rehearsal this Friday. It went very well and some people even think 2012 will be the year Željko Joksimovic finally wins. There’s a lot on pressure on Željko Joksimovic’s shoulders. He came second in 2004, and songs written by him came third and sixth in 2006 and 2008 respectively. Friday he… Read more 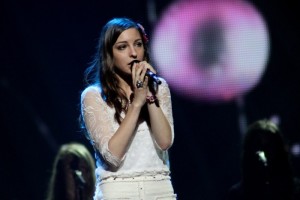 The Belgian girl Iris had her second rehearsal on stage at the Crystal Hall in Baku. She seemed a bit unsecure and the question is, will she make it to the final? Iris is among the youngest Belgian representatives ever. And that is exactly how she appears on stage in Baku – young and innocent. … Read more 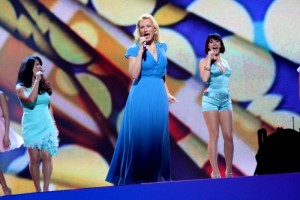 Today Latvia was on stage for their second rehearsal for the Eurovision Song Contest 2012. For the first time we saw a glimpse of the dress Anmary is going to wear in the semi final next Tuesday. Thursday the Latvian singer Anmary had her second rehearsal on stage in Baku. Not much had been changed… Read more 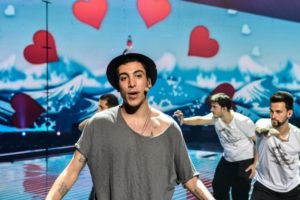 Can Bonomo is this year’s representative from Turkey. Can his song "Love Me Back" make it to the final after last year’s failure?  Can Bonomo from Turkey just had his first rehearsal at Crystal Hall in Baku. And the main theme is stormy weather. The back drop is basically a lightening sea storm filled with… Read more 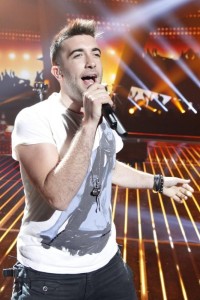 This year’s Maltese representative is Kurt Calleja. It’s the 25th attempt by Malta to win the contest, will the do it this year? If you are participating in the Eurovision you might as well have a party. That seems to be what the Maltese delegation thought, because Kurt Calleja is indeed having a party on… Read more 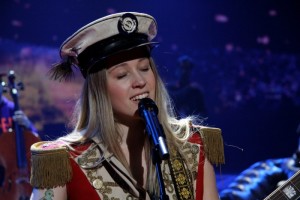 Soluna Samay and the rest of the Danish lineup had their first rehearsal on stage in Baku, and almost everything was the same as in the Danish national final. Not much has changed since Soluna Samay won the national final in Denmark in January. I guess the Danes go by the saying why fix it,… Read more 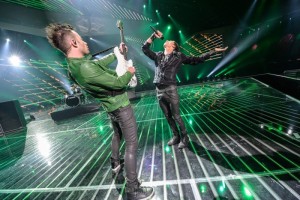 Many fans had waited with excitement for the first Swiss rehearsal. How would the lead singer’s pronunciation be? The answer is: better than expected. In the past Switzerland has sent names as Lys Assia, Celine Dion and DJ Bobo to the Eurovision Song Contest. This year they chose the rock band Sinplus as their representative.… Read more